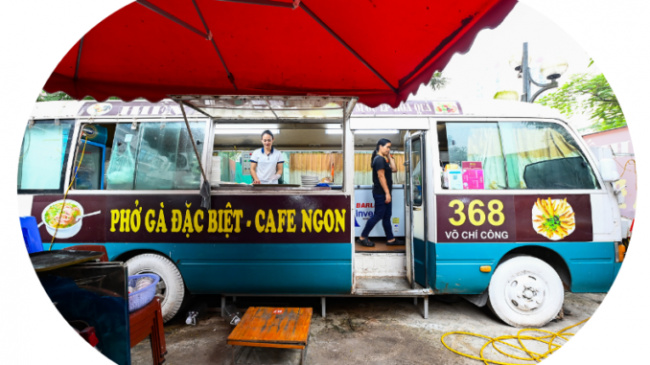 HANOI – Thanks to the idea of ​​​​using an old passenger car and renovating it into a place to sell pho, Thu Hien’s shop is sought after by many people. 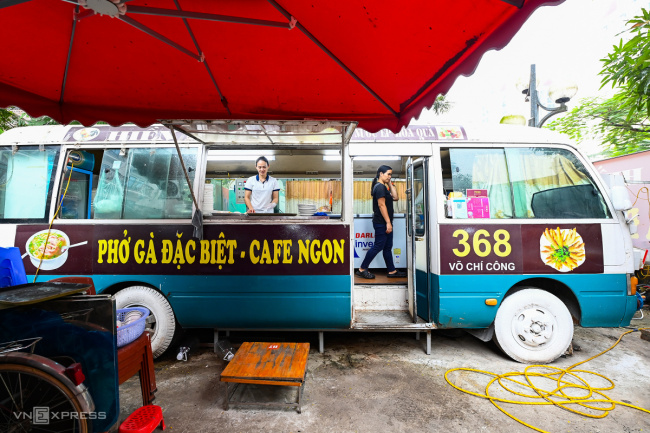 The bus chicken noodle shop is located on Vo Chi Cong Street (Tay Ho District) owned by Ms. Ta Thi Thu Hien, attracting the attention of many diners. The car used as a food processing place was modified from a 29-seat passenger car, removed the entire engine, redesigned to use as a kitchen. 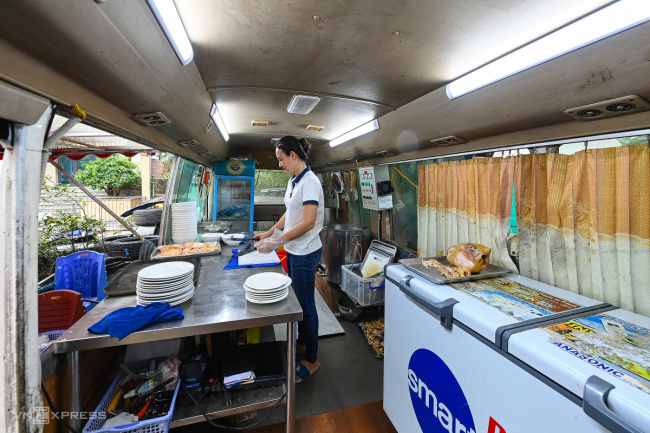 All the seats in the car were dismantled, creating space to place the refrigerator, table, and stove along both sides of the window. Customers order at the counter or table and have their items delivered from the glass window, which has been removed and widened to make it easier to transport the pho outside.

“My husband specializes in cars, so all the design on the car from electricity, water, lighting, cooking space is taken by one of her husbands. The car is still in use and can be used normally, many people have asked to buy the car, but the car is still in use. The husband still keeps it to invest in his wife’s business. This car is worth about 100 million VND”, added Ms. Hien. 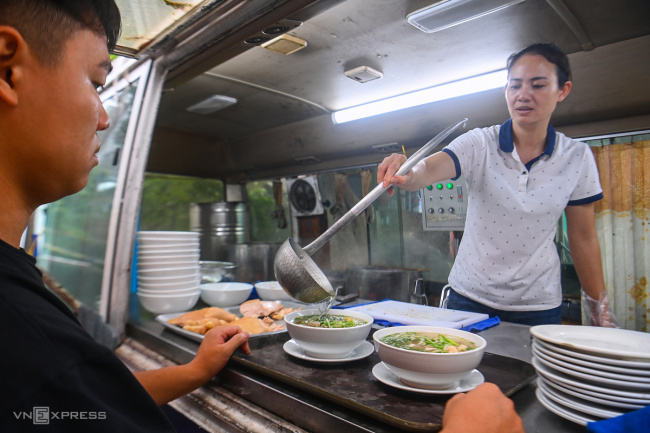 According to Ms. Hien, she used to work at a rice restaurant on Quan Su Street before, but then switched to pho business from 2017. Realizing that the pho business model on the car is convenient, compact and most customers prefer to sit in open seats. , so beautiful that she and her husband started implementing this idea from 2021. 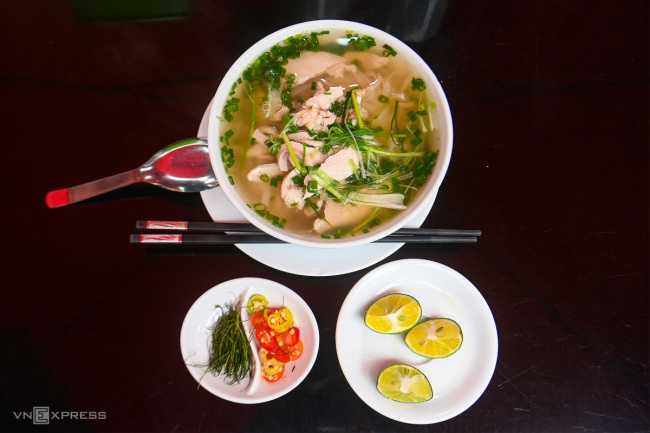 She revealed that the secret to keeping customers is using Dong Tao chicken from Hung Yen, broth from chicken bones and tube bones. The shop does not use many spices and does not use main noodles. 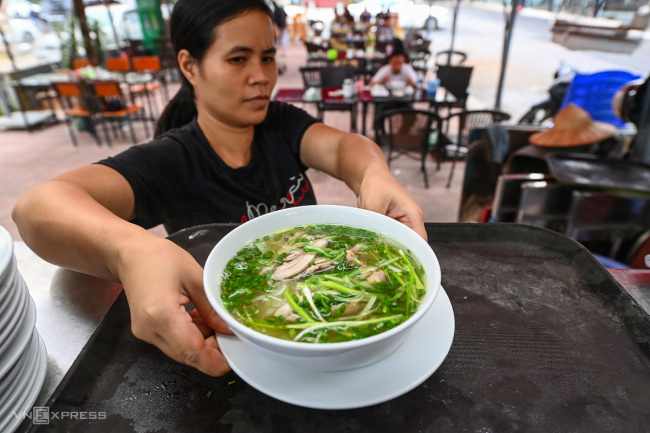 The restaurant has 4 waiters, each one taking on a different job. Every day, the shop consumes more than 30 kg of cakes and sells more than 150 bowls of pho within 2-3 hours. 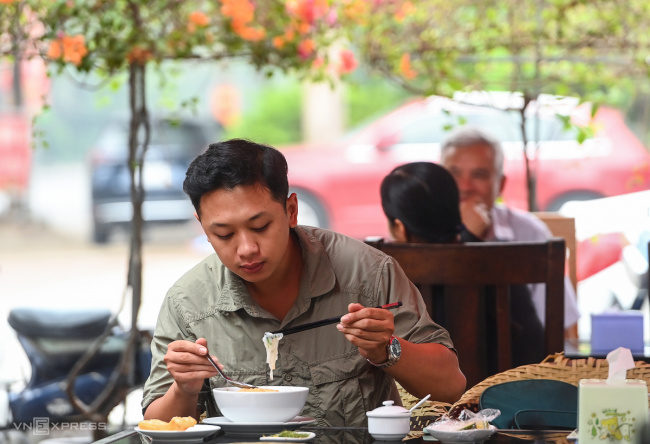 “Seeing the strange style of the pho restaurant, I decided to try it, the pho is quite good and worth coming back many times,” said Kim Son Tung, a resident of Lac Long Quan. 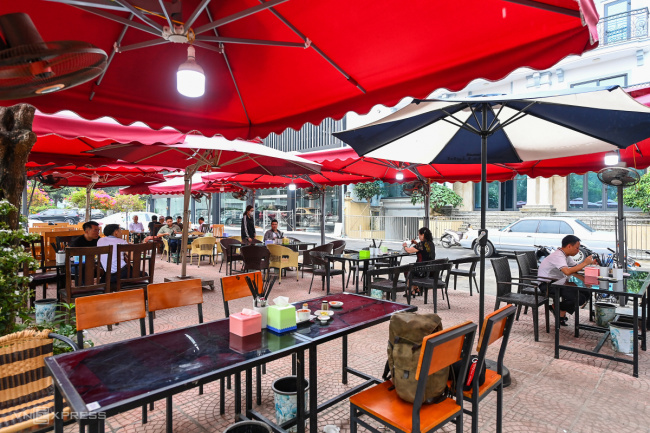 The outdoor space is spacious and airy, the car is parked in front of the restaurant. The most crowded time is early morning. It is also convenient to sit and drink coffee. 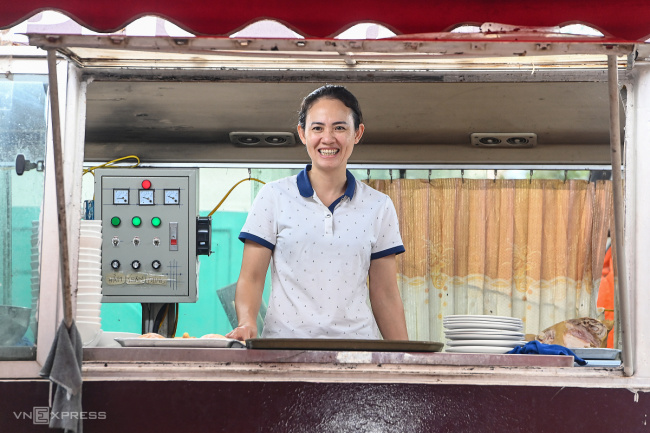 “The shop is located on the street facing Noi Bai airport, so it also serves those who go to the airport or those who go golfing, and move out of the city early in the morning. Normally, the shop is open until 10am but on weekends, the number of customers is high. There were many customers, and the shop was out of stock at 8 o’clock, “said Ms. Hien.