The Cu Chi Tunnels are one of the most famous attractions in Vietnam. Not only is it a special location, it is also a location with an extraordinary story. The Cu Chi tunnels are the infamous network of underground tunnels in the Cu Chi region. These tunnels are only part of a gigantic tunnel system that runs through the entire country. The tunnels were used by the Vietnamese soldiers during the Vietnam War.

Are the Cu Chi tunnels worth a visit? Definitely! It is one of the best things to do in Ho Chi Minh City. Here you can read everything you need to know about the tunnels: history, facts, how to get there and whether you should visit Ben Dinh or Ben Duoc.

History of the Cu Chi Tunnels

It was Ho Chi Minh, the leader of North Vietnam, who in 1965 ordered the expansion of the existing tunnel complex and turned it into a shelter for communist rebels from the south, the Vietcong and the North Vietnamese army. The most important point of this tunnel complex was in the Cu Chi region. The tunnels extended at least 300 kilometers! In addition, the tunnels had multiple levels that were interconnected and tunnels with traps. Some tunnels were up to 13 meters deep. 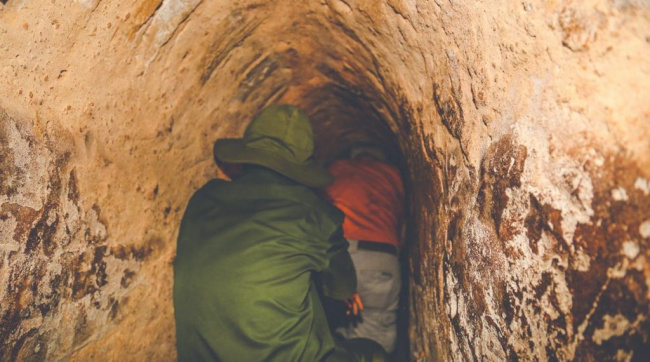 The construction of the tunnels are very special. There are many bends for protection against explosions and passages in a U-shape that were filled with water. This was to protect against toxic gases. Moreover, the tunnels were very narrow, so that the Vietnamese could easily get through, but not the Americans. Many animals from the jungle also used the tunnels as hiding places, making it even more dangerous. In the tunnels entire villages were reconstructed, including ammunition depots, hospitals with operating rooms, bedrooms, meeting rooms, food storage areas and even theaters.

Many Vietnamese stayed in the tunnels all day long to come out at night to fight. This led to success in the war and confused the Americans because the Vietnamese disappeared like ghosts in the tunnels. However, it also led to health problems due to the living conditions in the tunnels and the lack of sunlight.

How to get to the Cu Chi tunnels

A private or group tour is the easiest way to visit the tunnels from Ho Chi Minh City. You have different choices, with a bus, limousine minibus, car and even with a boat.

Most tour companies arrange tours to the Cu Chi tunnels by motorcycle, car or bus. It takes approximately 1.5 hours to reach the tunnels at Ben Dinh. Try to avoid large bus trips. Try to avoid large bus tours. In these very cheap tours from $ 5, you travel with a very large group, so you have little time to see everything and only transportation is included, so no lunch and entrance to the tunnels.

If you are interested there are a number of boat trip services that will take you to the Cu Chi tunnels. 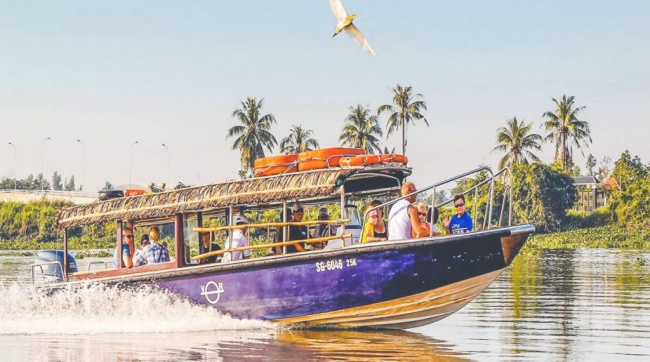 You can also take a taxi to the Cu Chi Tunnels, but this is very expensive. And a real waste, because you can’t get anything else out of it. You can expect to pay around $ 60 for both directions, as it is a 120-kilometer journey.

You can also take the public bus to the Cu Chi tunnels. You only have to take two buses to get to Ben Duoc. First, take bus # 13 from 23-9 Park (near Pham Ngu Lao – the backpacker area) to the Cu Chi bus station. Then take bus # 79 towards Ben Duoc. The total travel time in this way is around 2.5 hours and the price will be around 26,000 VND (just over $ 1).

Both the entrance to Ben Dinh and Ben Duoc have the same opening times, but have different admission prices.

The cheap backpacker tours to the Cu Chi Tunnels don’t include the entrance ticket to the tunnels, but all the regular tours do include entrance fees.

A visit to the Cu Chi Tunnels

The Cu Chi tunnels now serve as a museum. Many tourists come to this place. Still it’s worth it. Especially the horrible booby traps are really interesting to see. The tunnels have been widened to make it accessible to tourists. Although it is still tight. Weird to see the small, long tunnels, where so many Vietnamese have lived underground for years. A must-see for anyone who wants to know more about the (horrific) history of Vietnam!

An underground guided tour takes about 45 minutes to an hour and consists of a number of impressive demonstrations and stories. 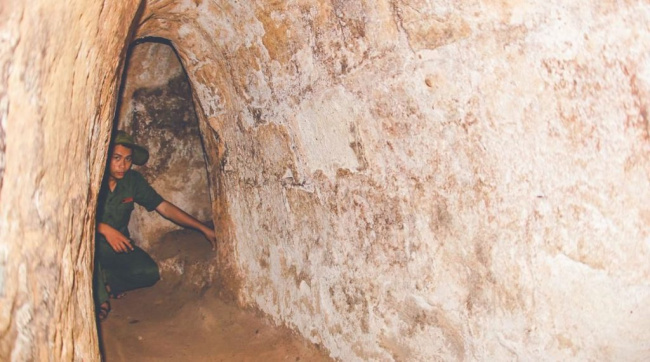 During your visit to the tunnels you can get a reasonable picture of the harsh living conditions and how people used to operate here. Especially the booby traps make an impression, because they are very inventive and at the same time very horrible to see. Concealed hatches lead to sharp pins, intended to injure and deceive the American enemy. A guide will be happy to tell you how these techniques were used and why. 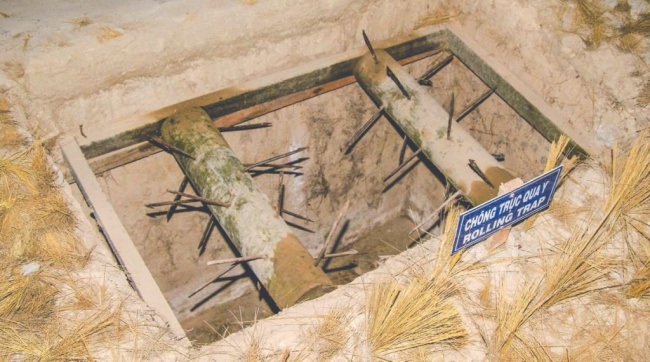 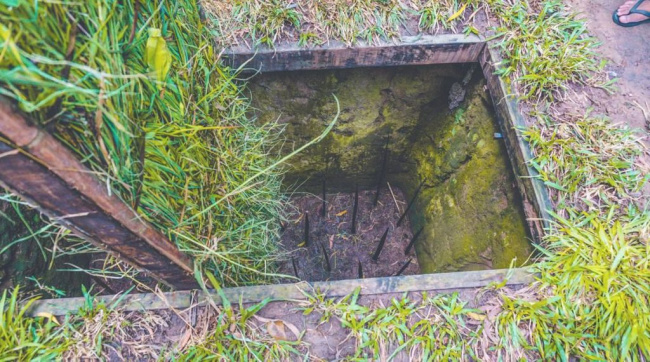 There are a number of things you can do at the Cu Chi Tunnels. Explore the area, crawl through the tunnels, watch documentaries, exhibitions, traps, take photos and of course shoot with a gun!

Both Ben Dinh and Ben Duoc have shooting ranges for tourists. The conditions are that you are in good health and at least 16 years old to participate in this activity.

The balls are sold in sets and each set has about 10 balls of the same type. Here is the price list for different types of bullets that are sold: 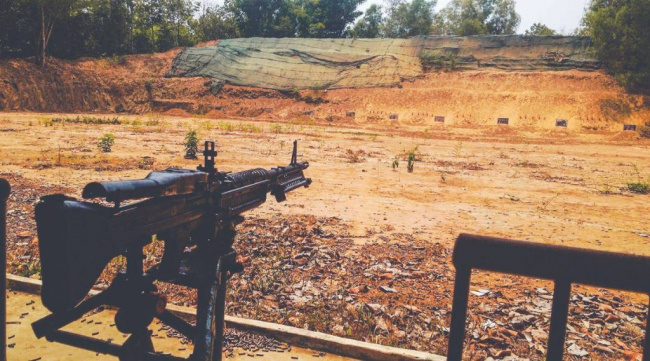