Ho Chi Minh City, or Saigon, which the locals prefer to use, is divided into districts. The most popular district for tourists and other travelers is district 1, also known as the center of Ho Chi Minh city. With more than 200,000 people living here, it is almost a city in itself.

District 1 is the bustling city center of Ho Chi Minh City. Here you will find the most bars and restaurants, the best nightlife, endless shopping options, lots of choice for accommodation and most of the famous sights of this city. But it is also the neighborhood that is considered the financial, commercial and administrative center and with most foreign embassies. This district was designed by French architects during the colonial era, which explains the wide, tree-lined boulevards and parks.

How do you get there

Tip: Grab is a mobile app that allows you to book cheap and safe taxi service. With this you can easily go from a to b within a city. Read more about how the Grab taxi app works here.

You can get a taxi coupon at the airport at the taxi counter. You will then be assigned to a driver. Choose a reliable taxi such as Mai Linh or Vinasun. A taxi will cost you around $ 12 to the center. You can also take a taxi with a meter, but these are often unreliable.

Many backpackers take the bus (no. 152) that brings you for 20,000 VND (incl. Surcharge for your backpack) to the bus stop on Pham Ngu Lao street, which is located at the Ben Thanh market roundabout. There is another bus (no. 49) and costs 40,000vnđ that also stops on Pham Ngu Lao street, this bus does not have many stops so it arrives faster in District 1 than other buses.

Pham Ngu Lao is a central point and within walking distance of many hotels and hostels.

The buses can be found at the exit of the airport. The journey takes approximately 30 minutes, but may take longer during rush hour. If you are not staying in the backpackers’ streets, it is best to get off at the Ben Tanh market and take a taxi from there to your hotel.

From the train station

The Saigon train station or Ga Sai Gon is located in District 3. From here you can take a taxi or Grab to district 1. The distance is only 3 kilometers and you pay anywhere between $ 2 and $ 5.

From the bus station

Most tourist buses come and depart from Pham Ngu Lao, right in the District 1 and in the backpackers area of ​​the city. From here you can easily go to your hotel or hostel.

If you come from an off the beaten track destination in Vietnam, chances are that you will arrive at Mien Dong bus station, the busiest bus station in Vietnam. This bus station is located on the eastern side of the city in the Binh Thanh district, about 8 km northeast of the Ben Thanh market and the backpacker street Pham Ngu Lao. From here you can take a taxi to district 1.

1. Visit colonial buildings2. Street food tour on the back of a motorbike3. Walk in the evening over Nguyen Hue Walking Street4. Drink a beer on Bui Vien street
5. Enjoy a cocktail on a rooftop bar

In the center of Ho Chi Minh City you can find the most important sights of Saigon:

Ben Thanh Market in District 1 is a great place to buy local handicrafts, branded items, Vietnamese art and other souvenirs. 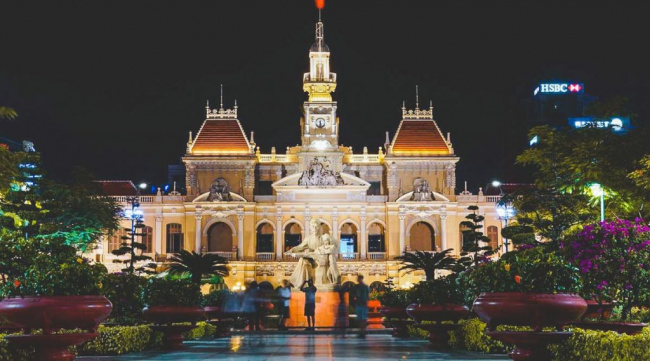 At the end of Nguyen Hue, lies the beautiful building of the People’s Committee in Ho Chi Minh City. The design was completed by the French in 1908 and is based on the original from Paris. It is one of the most beautiful colonial monuments in the city, especially at night when it is lit. 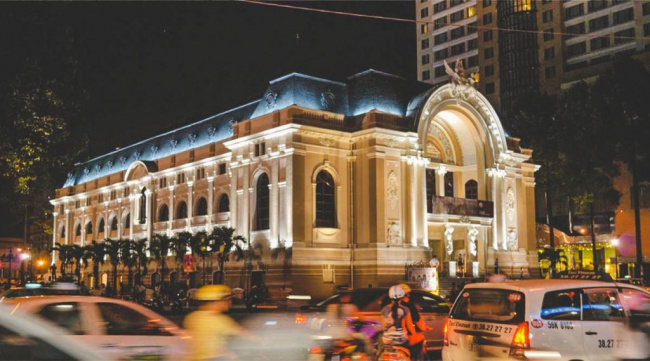 The Saigon Opera House is one of the two top locations in Vietnam to listen to opera and classical music. It is a most prominent landmarks in district 1 and was built in 1897 by the French 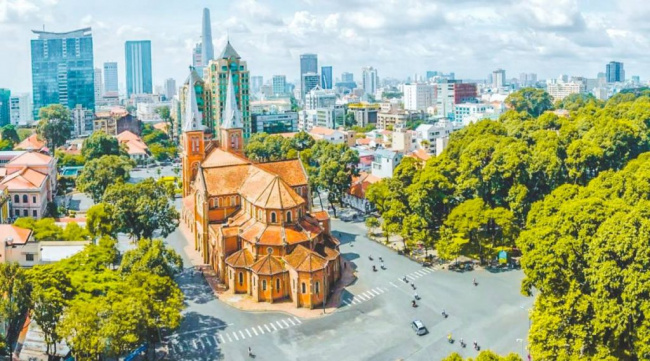 Saigon Notre Dame Cathedral, built by French settlers in the late 1880s, is one of the few remaining buildings of Catholicism in largely Buddhist Vietnam. 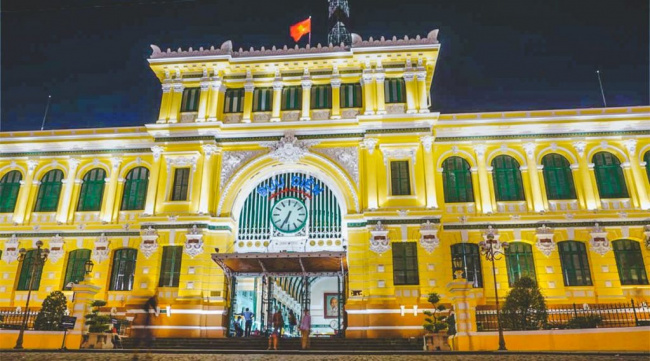 The central post office in Ho Chi Minh is a beautifully preserved relic from the French colonial era and perhaps the most impressive post office in all of Southeast Asia. 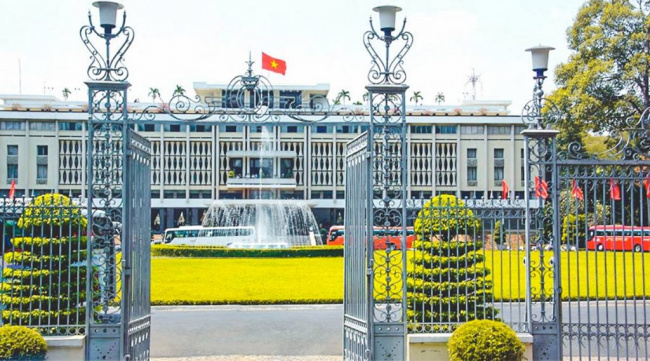 The Reunification Palace was the basis of Vietnamese General Ngo Dinh Diem until his death in 1963. It became world famous in 1975. A tank from the North Vietnamese army rammed through the main gate and ended the Vietnam war. Nowadays it is a museum.

One of the many museums in Ho Chi Minh City and offers a large selection of things from the long history of Vietnam.

Jade Emperor Pagoda also known as Tortoise Pagoda, is one of the five most important altars in Ho Chi Minh City. 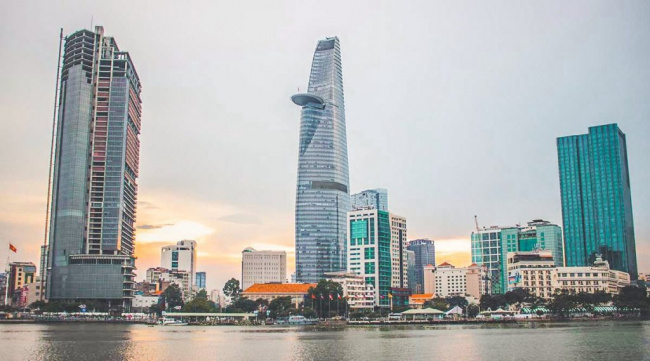 Bitexco Financial Tower & Sky Deck is located 262 meters high in the center of the city’s business district and offers a nice view of the city from the Sky Deck.

Bui Vien street and Pham Ngu Lao is the backpacker area of ​​Ho Chi Minh City and can also be found in district 1. The many backpackers here are mainly attracted because there are many hostels, cheap bars, cheap food and the liveliest nightlife. The total “backpacker area” consists of about four streets and a few small alleys between the big streets. 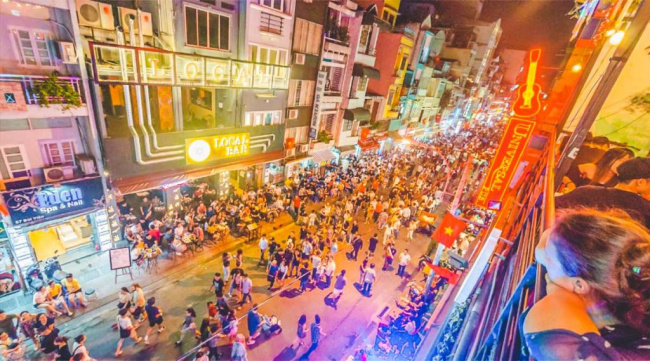 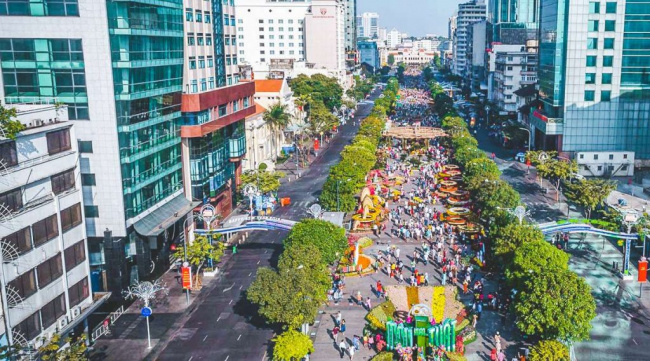 Nguyen Hue Street is a wide pedestrian promenade right in the center of District 1. Along this pedestrian area are some beautiful French colonial buildings such as the People’s Committee (City Hall), the Rex Hotel and a luxury shopping mall. In front of the City Hall you will find a statue of Ho Chi Minh and a fountain. On the other side of the boulevard you will find the Saigon River. It takes about ten minutes to walk from one end of the street to the other and along the way you will find a number of nice bars and restaurants. 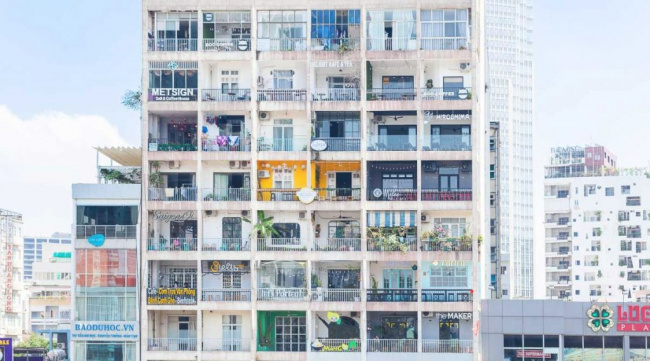 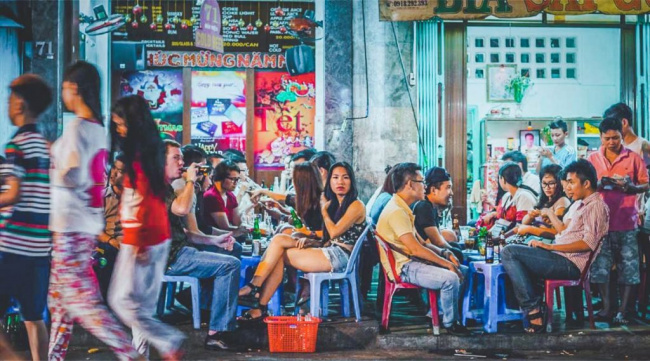 There is a lot of choice to eat in the center of Ho Chi Minh City, with lots of restaurants from budget to luxury. Street food is available everywhere and it is a must to try it at least once so that you can understand Vietnamese food culture. The night market just outside Ben Thanh Market is the location of numerous small open-air restaurants and is a handy address for tasting local favorites. For the street best food in combination with a local experience it is highly recommended to do a street food tour on the back of a motorbike. Travel like a real local from place to place and try some of the best food this city has to offer. 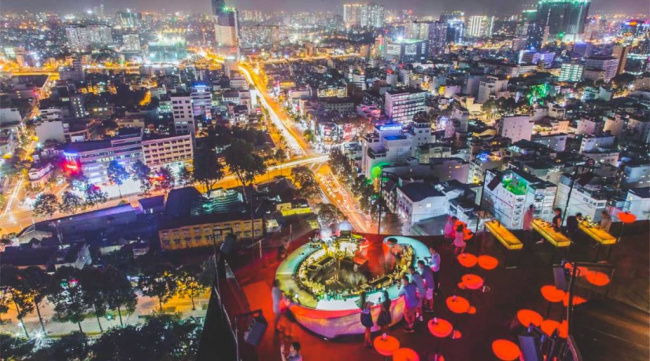 If you are looking for a fun night out, District 1 is the place to be. If you opt for a nice beer and people watching head over to Bui Vien Street. The city center of Ho Chi Minh City is also full of rooftop bars were you can enjoy a cocktail with epic views over Saigon’s skyline. Karaoke can be seen everywhere and live music is more popular than ever. You will have no problem finding late night bars and nightclubs.

Shopping in the city is an experience not to be missed, not least because the prices are extremely cheap. It has beautiful boulevards with bars next to each other with lifestyle stores, making shopping even more attractive. Luxury brands can be found in major shopping centers such as Opera View Tower Shopping Mall, Vincom Center and Milano Shopping Center. You can get bargains at the center’s most popular attraction, Ben Thanh Market, for clothing, shoes, sunglasses, handbags, accessories and souvenirs.