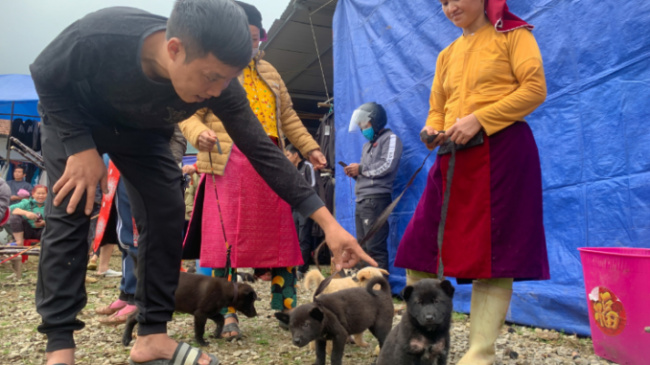 HA GIANG – H’Mong dogs are brought to Quan Ba ​​market by local people to sell, bustling from morning to noon. 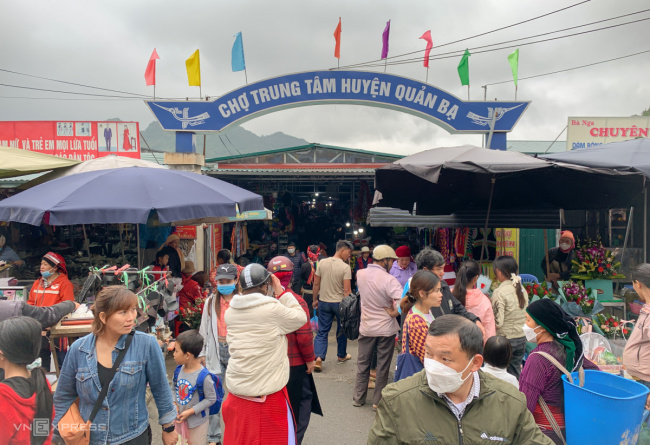 Quan Ba ​​fair is located in the center of Tam Son town (Quan Ba ​​district), meeting on Sundays every week, is a place to focus on exchanging and trading products of ethnic minorities in communes in the district. From the gate, the market was bustling with all kinds of agricultural products, food, utensils… from early morning. This area is the main trading place of the H’mong, Dao, Lo Lo… 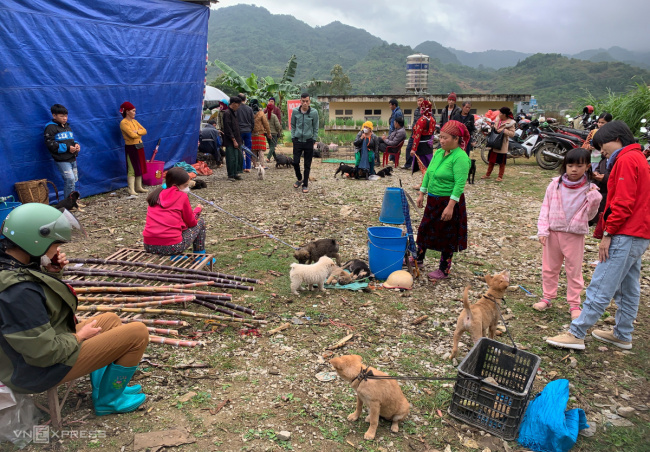 Behind the market is a large area of ​​​​nearly 200 m2, an area that specializes in selling dogs and only operates on the day of the market. 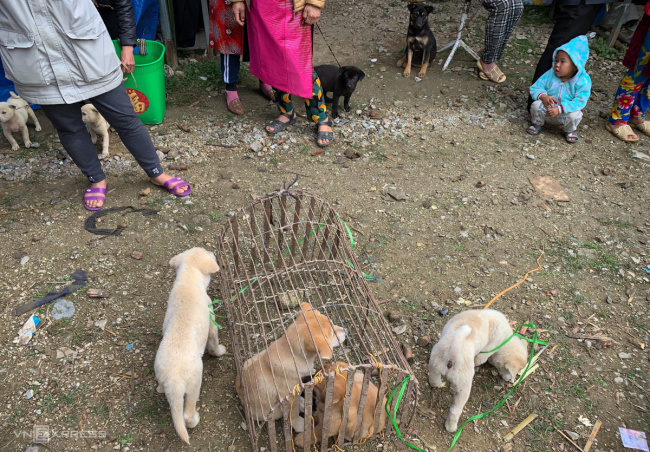 There are about 30 sellers, most of them are H’Mong people who bring the Mong Coc (H’Mong) dog to the market or keep it in a cage. Each person usually sells 2 to 5 dogs that they own. 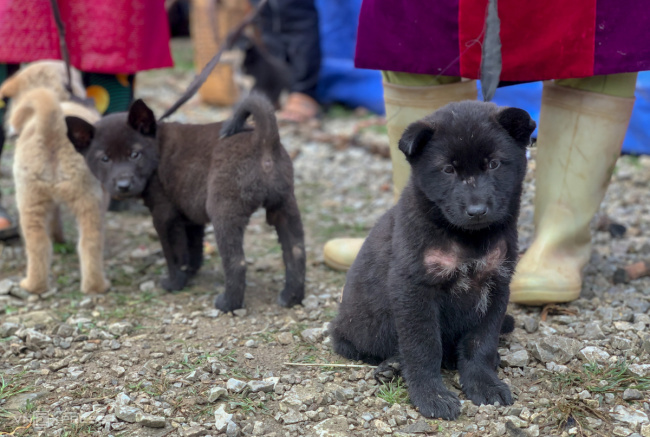 Mong Coc is an indigenous dog breed in the northern mountainous region, popularly raised by the H’mong community and a few other ethnic groups to keep houses and hunt animals. This dog breed is quite intelligent, agile, has a good memory and is loyal, so it is raised by many people. Giang Thi Sai, a H’Mong, brought two Hmong dogs to the market. “I walked more than 3 km to come here, many people go even further. All relatives sell domestic dogs, most of which are just 2-3 months old,” said the 50-year-old woman. 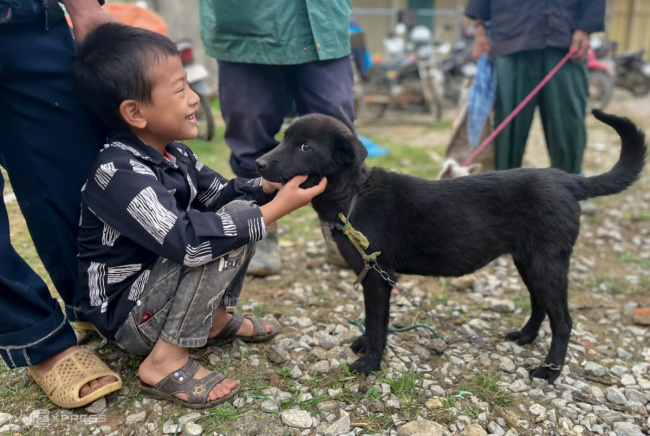 Many children also follow their parents to the market to sell dogs. 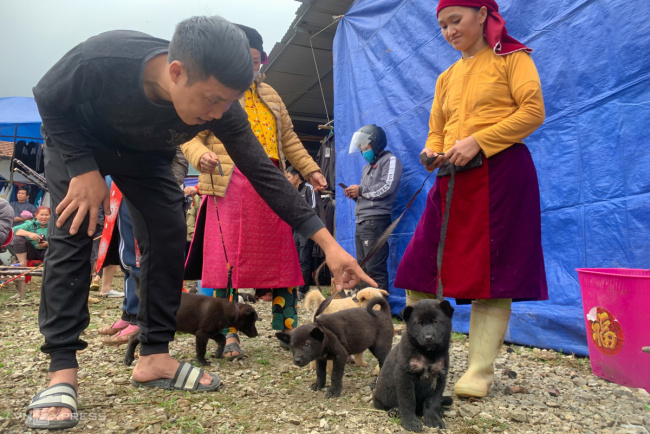 Depending on the appearance, size and type, the price of dogs in the market ranges from a few hundred to millions of dong a dog. 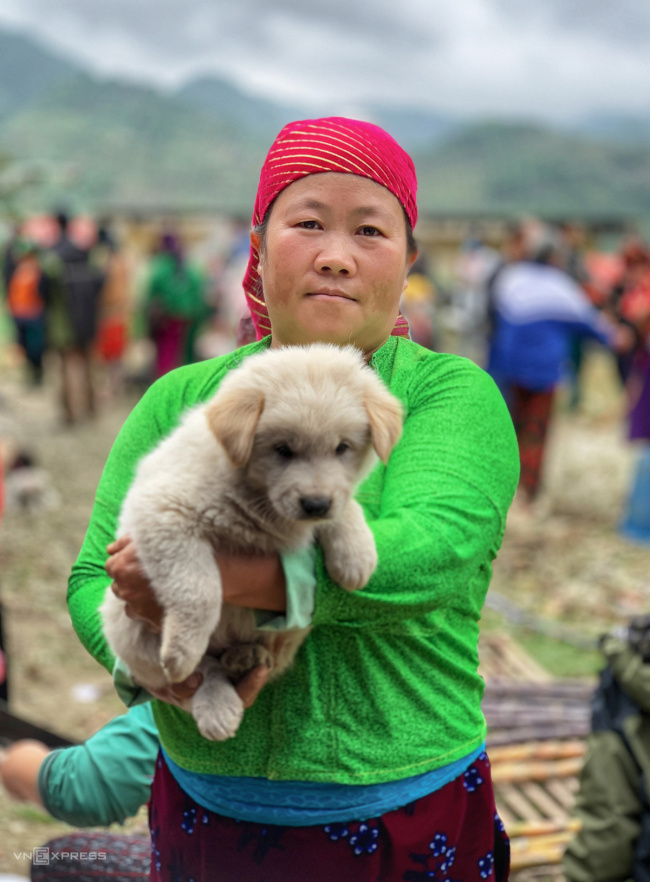 Mrs. Tho Thi Thoa walked half an hour to the market to sell 4 domestic dogs. “This white one I just sold for nearly half a million dong. Normally, I stay at home to cook and work in the fields,” said Mrs. Thoa. 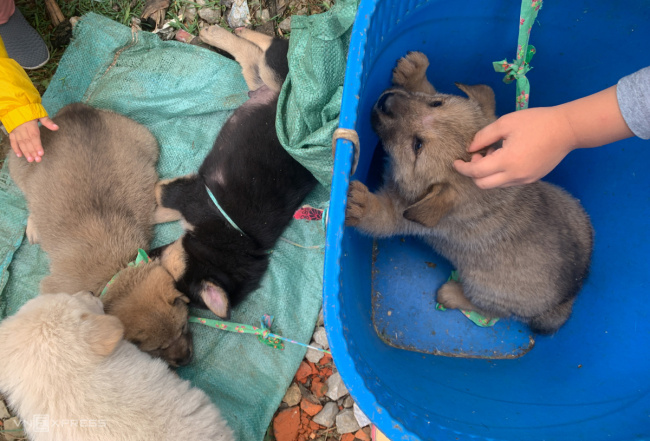 A dog has just been sold for 600,000 VND, kept separately in a plastic container, waiting to be shipped to the buyer. A dog trader said that many people from other provinces also come here to “hunt” good, purebred breeds. 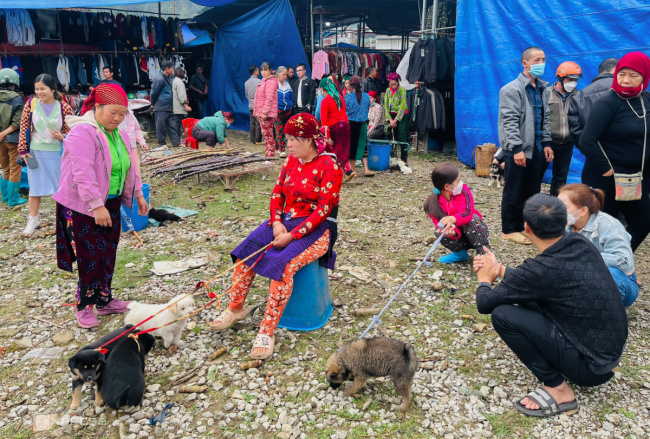 According to the time of the market, the area selling dogs is usually bustling from morning to noon, attracting many tourists to visit. 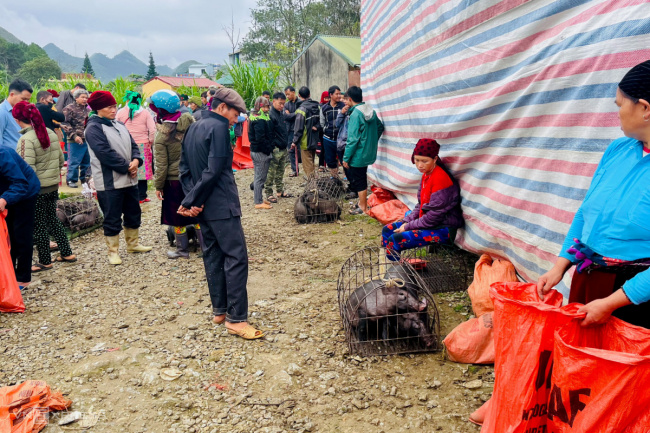 Near the area selling dogs, many people also bring pigs, chickens and ducks to sell at Quan Ba ​​fair. There are also many products, fruit cakes, clothes, typical fruit foods… are sold in the cage house and outside the main street in front of the market gate.

Quan Ba ​​District Central Market was formed in 1994, currently has over 100 business households with an area of ​​more than 7,000 m2. The market operates every day but is busiest on the day of the session. In addition, in Ha Giang province, there are many other fairs such as Khau Vai love market, Meo Vac market (Meo Vac district), Du Gia (Yen Minh district), Pho Cao (Dong Van district), Sa Phin back market (Sa district). Phin)…

Từ khoá: Dog market is only open on Sundays in Ha Giang