The HMong King Palace in Sa Phin was the former residence of the kings of the Vuong Dynasty. Now one of the great stops along the Ha Giang loop, where you can learn more about the past of Ha Giang and the Hmong minority who used to rule here. In addition, you can also find the local Sa Phin market in this town held once a week.

Centuries ago, the Hmong people migrated from China in to north Vietnam and ruled most of Ha Giang province. The Hmong ruled the region from the 19th century, first as vassals of the Nguyen kings and later as allies of the French during French colonial time, who even recognized them as one of the rulers of this region.

In the year 1898, with the approval of the French rulers, Chinese traders started to built a wooden palace in Sa Phin for the HMong kings according to the principles of feng shui, the philosophy that teaches that the environment affects happiness in life. This is also the reason why the palace has many influence from Chinese architecture in combination with the local HMong culture. The palace was finished around 1903.

The palace took 8 years to built and consist of no less than 64 rooms divided over 10 buildings with two levels and three open courtyards. The inside is decorated with images of sacred animals such as a dragon, turtle, unicorn and phoenix to show the prosperity of the family. 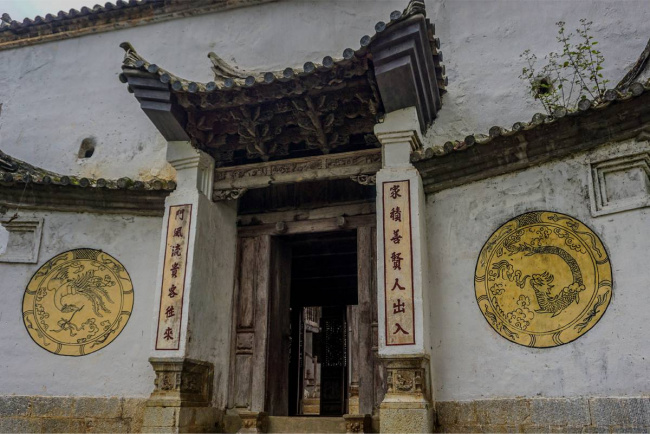 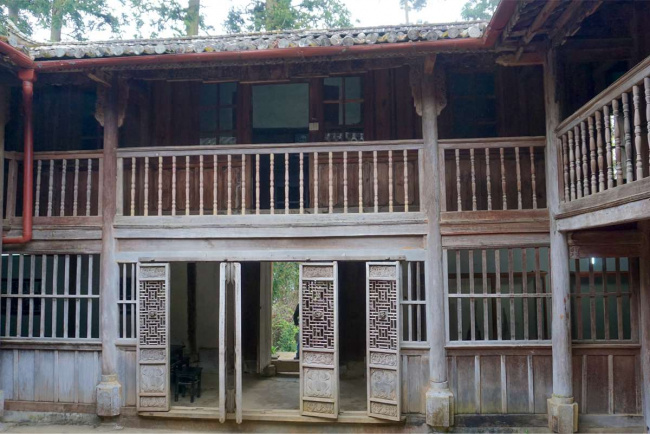 The HMong family that lived in this palace became very wealthy and powerful thanks to trading goods, especial from opium, as this area was an important opium trade link. They ruled the area up until Vietnam regained independence in 1945. The monarchy was abolished after Thanh died in 1962. The offspring of these family are still alive, but the palace is no longer inhabited.

Sa Phin, the town where you can find the HMong King Palace, is also worth a visit. It is located just 2 km from the Chinese border. The highlight of the town though, is the local colorful minority market held one time each week. The Sa Phin Market is held backward each week, every six days. This means that if this week the market is held on Sunday, the next week it will be on Saturday and the next week after that on Friday, on Thursday, etc. 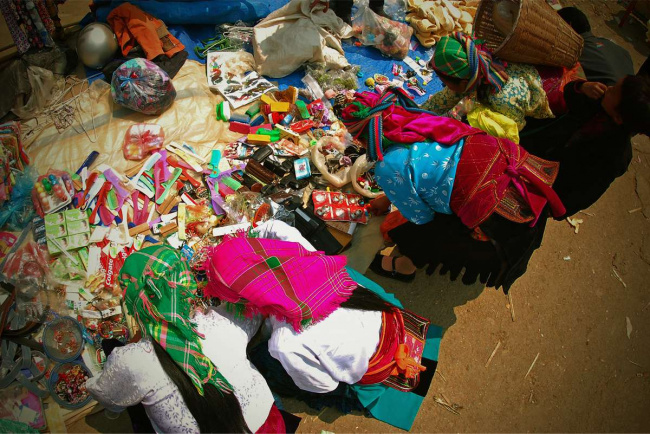 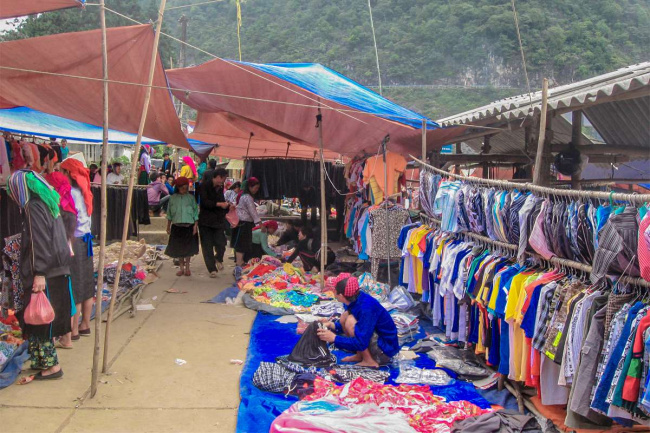 On this market you can find a lot of colorful dressed minorities from villages all around that come here to trade. You see them with fully loaded baskets on their back, to sell and buy agricultural tools, food, household goods and other essential supplies they need for their family for the rest of the week until the next market. It is great to see the local minorities bargaining and socializing with each other, because the market is also a place for drinking, making friends and maybe even finding a romance. The Sa Phin Market is a great atmosphere like of a weekly festival, so make sure to visit it when you are in Ha Giang on the market day.

Tip! If you are not on the right day in Ha Giang for the Sa Phin Market, make sure to check these other markets in Ha Giang.

How to get to Sa Phin

Sa Phin is located just 15 km from Dong Van and 132 km from Ha Giang City. All these towns are connected with each other by the same road, the QL4C. It is recommended to take either a motorbike or private car to drive to Sa Phin, so you are able to stop on the way in some of the best highlights of Ha Giang. The market is just along the main road and the HMong King Palace you need to take a turn to another road in the village, but there are obvious signs to point you to the right direction.

If you are coming from Hanoi, you first need to take a bus from Hanoi to Ha Giang city, which takes about 6 to 7 hours.

Tip! You want to visit Sa Phin on the back of a motorbike with professional guide or want to go by private car with driver? Check out our Ha Giang loop tour. This tour will also bring you to many other highlights around Ha Giang.

Other sights around HMong King Palace

The Sa Phin market and HMong King Palace are just two of the many best things to do in Ha Giang. Close to the town you will find Dong Van and its Old Quarter and the road from Sa Phin to Lung Cu, the northern most point of Vietnam, is one of the most stunning routes you can drive. On the road from Ha Giang City to Sa Phin you will pas the scenic Tham Ma pass and the beautiful Sung La valley.