The Hoa Lo prison in Hanoi, also known as “Hanoi Hilton” and “Maison Centrale”, was used for political prisoners during the French colonial era and American prisoners of war during the Vietnam war. The fort was once a huge colonial-style prison, most of which was demolished in the 1990s.

Nothing prepares you when you visit this lurid prison in Hanoi. A visit to the “Hanoi Hilton” can cause sadness, aversion and indignation. 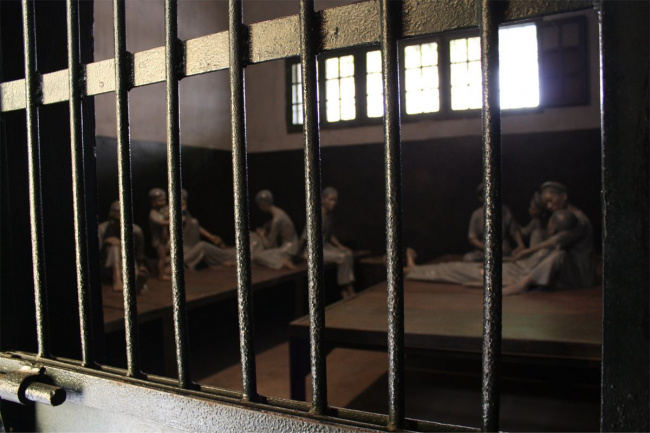 Hoa Lo was originally built to serve as a prison under French rule. The prison was built by the French from 1886 to 1901 and called it “Maison Centrale”. It was used to lock up political prisoners, where the prisoners lived in terrible circumstances. According to official data, there were hundreds of prisoners, although the reality was that 2000 prisoners were crammed into a space reserved for up to 600 prisoners. Prisoners in Hoa Lo were chained to the ground and often beaten by the guards. Executions were performed by means of a mobile guillotine. The prison had become the symbol for the French oppression of Vietnam.

When the French were driven from Hanoi in 1954, the Vietnamese started using the prison themselves. When the Americans invaded, the North Vietnamese created a special section specifically for prisoners of war. The American soldiers sarcastically called the prison “Hanoi Hilton”. The most famous prisoner is the former Republican senator and former president candidate John McCain.

The American prisoners were mostly air force pilots, shot from the air and taken from the jungle. They often came to Hoa Lo wounded and their condition only got worse there. The American senator John McCain was such a prisoner. He was taken prisoner and taken to Hoa Lo with a broken knee, among other injuries. The prison authorities refused to treat him until they discovered that his father was a high admiral.

Towards the end of the war, the prisoners of war were slowly released from Hoa Lo prison. It continued to detain political rebels for twenty years, but in 1990 the prison was closed and largely demolished to make way for high-rise buildings in the development of Hanoi.

Most of the prison had to take place in front of the Hanoi Towers, a skyscraper. What you see now of the current Hoa Lo prison is really only the small southern part of the entire prison complex. Today, the former prison serves as a museum where you can learn more about the prison and the Vietnamese struggle for independence. 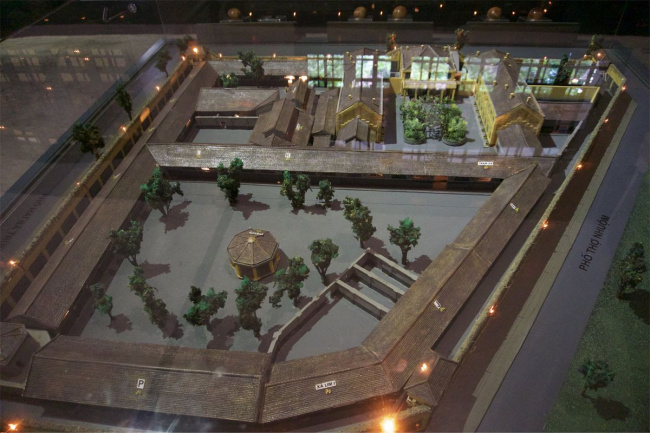 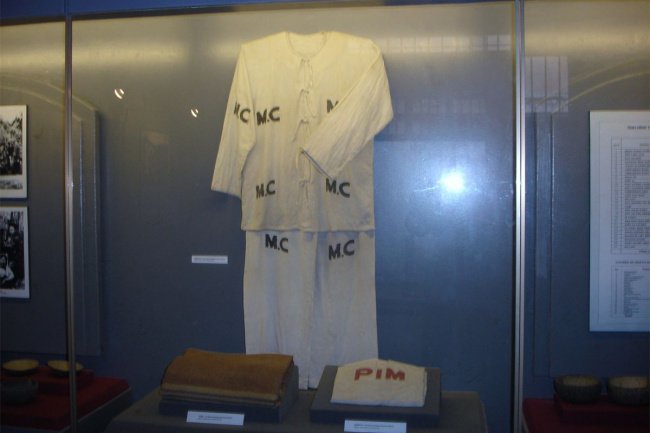 When you walk through the Hoa Lo prison you notice that the French past comes more than the American past. The screenings focus on the suffering of Vietnamese revolutionaries who were imprisoned here (and sometimes executed) when the French ruled Vietnam at the beginning of the 20th century. When the American prisoners of war appear, they are presented as clean-shaven, treated well and kind with their guards.

The majority of the prison is therefore devoted to the inhumane conditions under which the Vietnamese Communists were detained during French rule. You will also find a room here that shows how prisoners were chained to each other, with descriptions of prison life, with even a real guillotine and photos of beheaded Vietnamese. 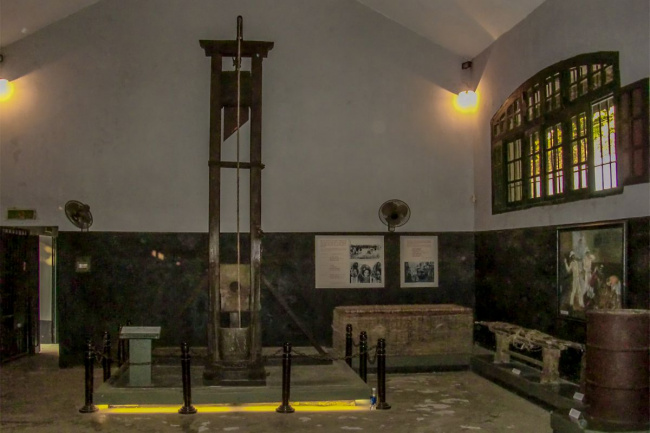 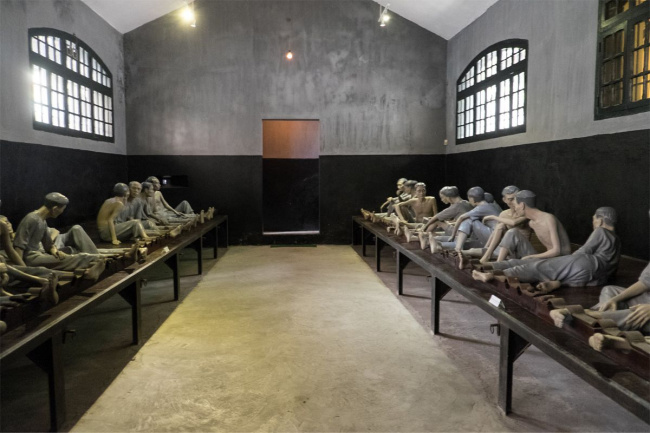 A smaller part of the museum is dedicated to the period that American prisoners of war were in prison. This section is presented as a comfortable barracks where the prisoners lived comfortably. After the release of the American pilots, she told a different story. You will have to extract the American side of the Hoa Lo Prison from books written by these former guests of the Hanoi Hilton.

One of the most interesting pieces on display in this section is John McCain’s pilot’s suit when he was shot during the attack on the Yen Phu power plant. 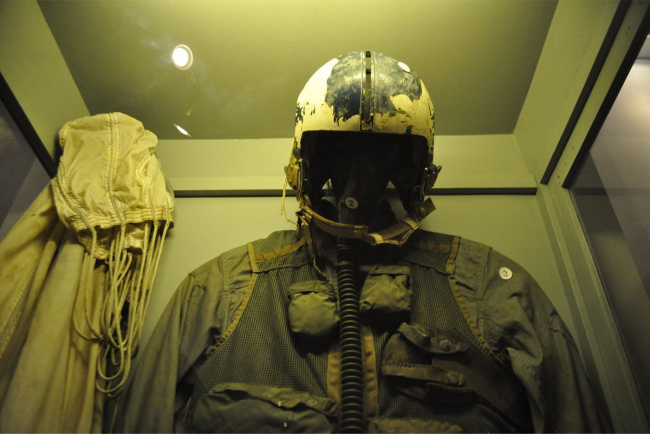 Things to do around the Hanoi prison

Hoa Lo prison is located just on the outside of Hanoi Old Quarter, so you can perfectly combine it with visiting the small streets of the area. From the Old Quarter you can walk along Hoan Kiem Lake and take a right on the P Bao Khanh street to head to the Saint Joseph Cathedral. From here it is another 650 meters walking to the prison, or about 8 minutes.

About 600 meter from the prison you will find Vietnamese Womens’s Museum, another one of the best museums in Hanoi you can visit. From here you can either walk back to the Old Quarter via the other side of the lake or make a detour to Hanoi Opera House. The complete route is 3 to 4,5 km walking. If this is too far you can use a taxi between the places or rent a cyclo for half a day. Check route on Google Maps here.