Hoa Lu Ancient Capital was the capital of Vietnam in the tenth and eleventh century. The citadel and imperial city are now largely destroyed. The main attractions in the complex are the temples in honor of the two imperial dynasties.

Hoa Lu was the capital of an independent empire among the rulers of the Dinh Dynasty (968–980) and early Le Dynasty (980–1009), before Emperor Ly Thai moved the capital to Thang Long, present-day Hanoi in 1010. The city was strategically located: surrounded by water and the erratic limestone rocks that gave the area the nickname “Halong Bay on land”.

What to see at Hoa Lu Ancient Capital

On the outskirts of Ninh Binh you can find the west entrance of the old imperial capital. After crossing the bridge and the magnificent entrance gate, you can already get a glimpse of all the beauty. 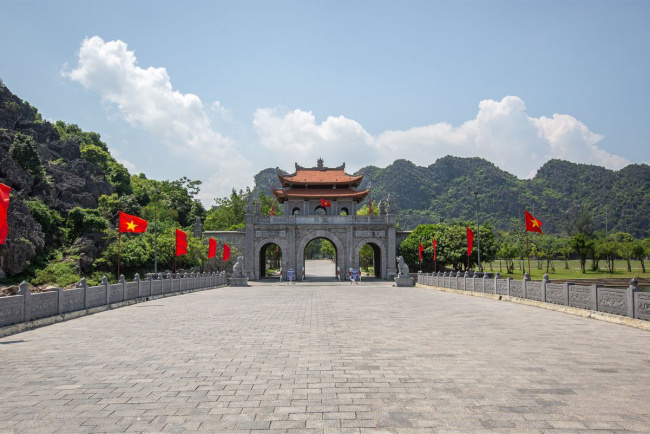 The two main buildings are the Temple of Dinh Tien Hoang and Lê Dai Hanh Temple. Both buildings are located in a walled section, with beautiful gardens and different water features. The temples are gorgeous and are in excellent condition. The interior of the temple is beautiful and can be seen in an almost completely original condition.

Two temple complexes come out on a large square, with in the middle a small pagoda. From the square you have a beautiful view of the picturesque old gates, against the background of the breathtaking karst mountains that this region is so well known for. 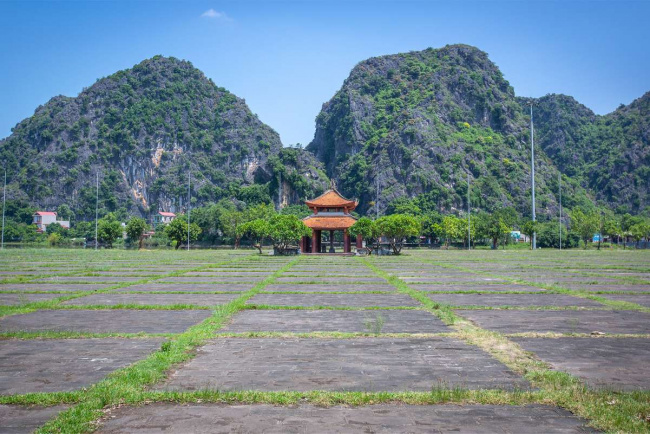 The Le Dai Hanh temple is dedicated to the princes of the early Le dynasty. The foundation date is unknown, but the temple was rebuilt at the end of the 16th century. Via an entrance gate with three entrances you enter a garden. Behind the garden is the Dragon Square, named after the dragon dance that is being raised here during the annual temple feast in honor of Le Dai Hanh, the founder of the dynasty. 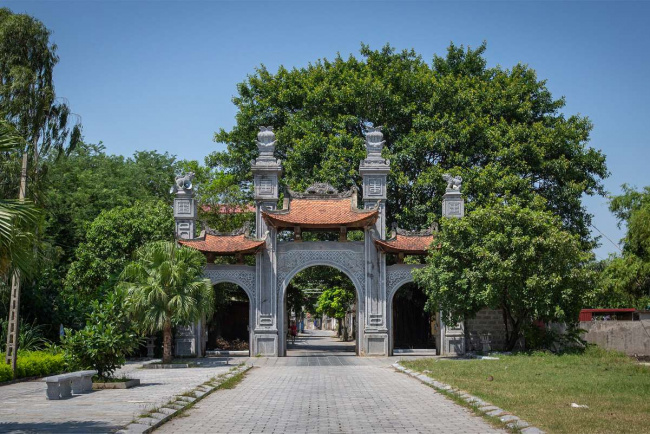 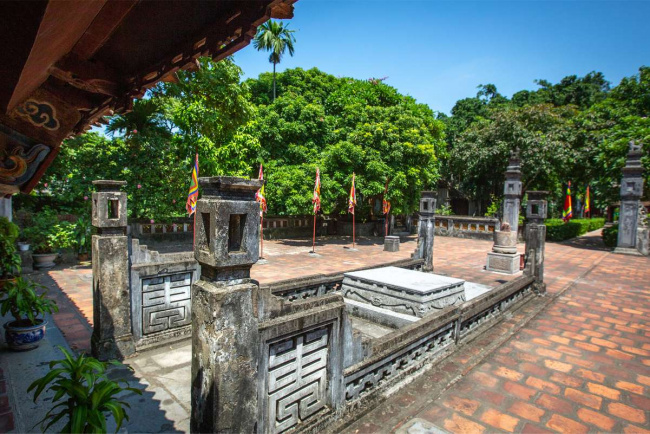 In front of the main temple are the altar and a giant drum. At the back is a beautiful image of the beloved Le Dai Hanh. The figure on the left is the unpopular son Le Long Dinh, who had the reputation of lazy and playboy. The image on the right is the wife of Le Dai Hanh and widow of his predecessor Dinh Tien

The Dinh Tien Hoang Temple is on the left of the Le Dai Hanhpagode. Dinh Ten Hoang was the official name of Emperor Dinh Bo Linh, the founder of the Dinh dynasty. The pagoda was founded in 979, three years before the death of the frost and has often been rebuilt. A gate gives access to a vegetable garden. Behind it is on a walled square the stone base of an imperial throne. The carved pedestal is flanked by dragons. The court, previously used as a place of sacrifice, thanks the nickname ‘dragon bed’. 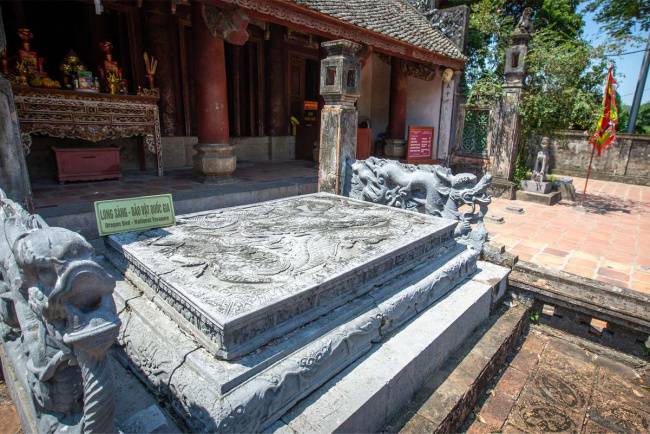 In the back room of the temple is the image of Emperor Dinh Tien Hoang, accompanied by his three sons. On the right side of the complex is a small museum with black and white pictures of the temple and the surroundings of Hoa Lu. The temple of Dinh Tien Hoang is at the foot of the hill Ma Yen (Horse Saddle). The name refers to the peculiar form of the mountain. From the top, you can reach by a 300 steps staircase, you have spectacular views of the surroundings. In front of the hill, a path leads to the river. Men and women padle small boats along limestone formations.

The Nhat Tru Pagoda is over a 1000 years old, built in the 10 century. It was a place to meet monks, as they were very important in society at that time. They were invited by the king to discuss national problems. 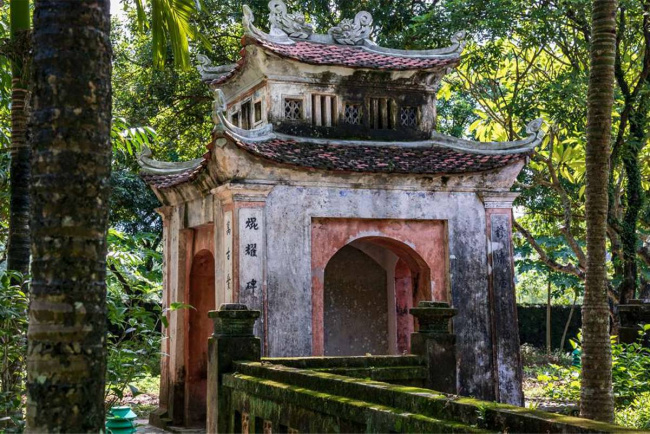 You can visit Hoa Lu Ancient Capital all year round. The least chance of rain is in the dry season, from December to April.

Every third month after Lunar New Year, around April and May, there is a festival celebrating the reign from 968-1010 A.D. Some of the festivities are different parades, games and contents, such as boat racing, wrestling and cheo singing.

Hoa Lu is located 108 km south of Hanoi, in the Ninh Binh province.

Hoa Lu Ancient Capital is around 12 km from Ninh Binh City and 10 km from Tam Coc. You can rent a motorbike or bicycle to get around Ninh Binh, as the roads are very flat. Other ways is to take a tour with transportation or taxi.

Tours from Hanoi to Hoa Lu

There are plenty of tours from Hanoi to Hoa Lu. Both day trips and multiple day trips, combing a visit to the ancient capital with other attractions in the area, such as Tam Coc, Trang An and Cuc Phuong National Park.

Tip! Visit Hoa Lu with a Local Vietnam tour. Combine a trip to this place with a boat tour, cycling along the countryside and more.

Other things to do around Hoa Lu

If you rent a bike, car with driver or motorbike you can easily explore more of the area around Hoa Lu. Very close you can find Trang An (4,5 km), were you can take a boat trip through the mountains. Other places that are close are Tam Coc (10 km) and Bai Dinh Pagoda (8 km).