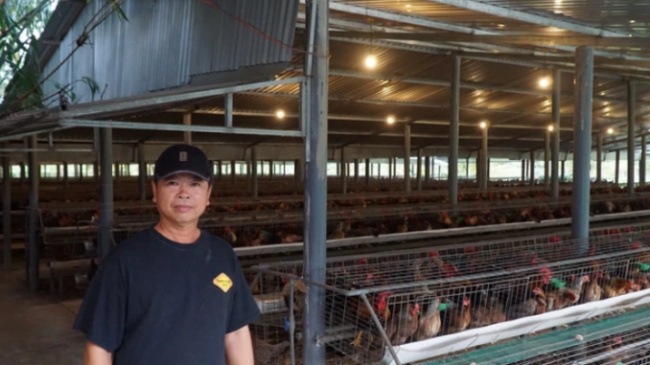 Mr. Binh said that he started his business with only enough capital to buy 10 bags of bran, but so far he has a barn of many hectares with more than 100,000 chickens and a large-scale incubator.

Mr. Duong Thanh Binh (52 years old, living in Tan Hoa town, Go Cong Dong, Tien Giang) is currently the owner of one of the large chicken farm systems in the West. Mr. Binh’s family is operating 4 chicken farms of many hectares, with a total flock size of hundreds of thousands of chickens.

Mr. Binh also has a hatchery with a capacity of over 150,000 chickens per month. Many people know about the livestock industry said that Binh’s current property is worth hundreds of billions of dong.

But not many people know, this billionaire farmer comes from just a hired worker.

Binh shared, born in a poor family with 11 brothers and sisters, since childhood he had to work as a hired hand to pay for school fees. In 1997, Mr. Binh started his business with just enough capital to buy a sow.

Gradually accumulating, in 2000, Mr. Binh had the capital to build more barns to raise broilers.

“However, livestock production is not always smooth, profits and losses fluctuate according to the market. Until 2005, I wanted to import animal feed to sell, but the capital was only 2.5 million dong.

At that time, I kept importing 10 bags of bran, selling out and re-entering the rotation, it was very difficult. In addition, pigs are also infected. There are times when husband and wife have to manage enough roads, working day and night to survive,” Binh shared. 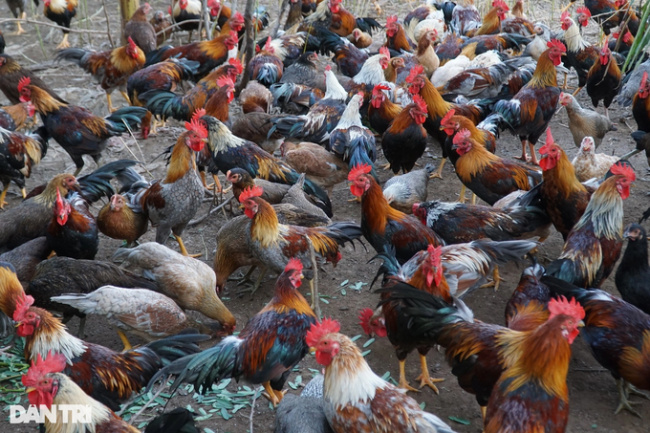 The output is precarious, Mr. Binh gradually reduces the herd of pigs and increases the flock of chickens.

“For a long time, I raised many chicken breeds but the design and quality were not good, or traders forced the price, so many years of losses. That is, I just bred to create my own bamboo chicken breed, until 2019.

My bamboo chicken breed has smooth, beautiful, uniform feathers. The most prominent advantage is that the 95-day-old chicken weighs about 1.2kg, about 0.3kg heavier than the purebred bamboo chicken, but the meat is still delicious.

There are good seeds, good prices, so I am confident to expand the scale and build a large capacity incubator,” said Mr. Binh. 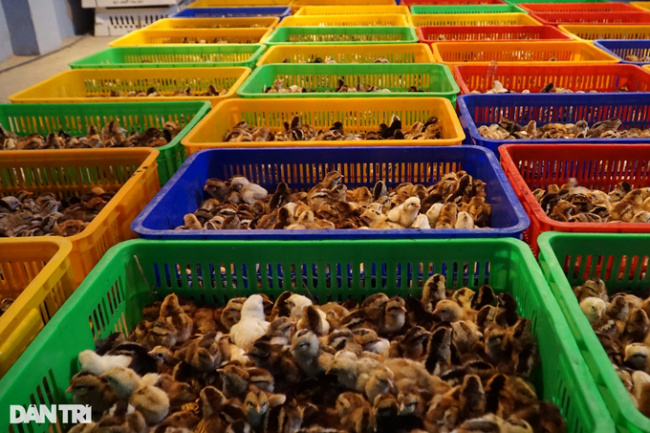 According to the billionaire chicken and bamboo, when he realized that his products were trusted and favored by the market, he opened a model of association with farming households.

Currently, Mr. Binh is the focal point to provide seed, feed, veterinary medicine, technology and contact for product consumption for more than 200 large-scale barns inside and outside Tien Giang province.

The care procedures, food mixing formula, stocking density, and barn specifications are all standardized by Mr. Binh for the whole system.

The system consumes more than 400 tons of bran per month. I buy livestock bran in large quantities to share with relatives, the price is also low. Because broiler chickens have a stable output and good quality, farmers have the right to be proactive when selling, not being forced to price, in the most difficult periods, farmers still make a profit,” Binh shared.

Mr. Binh added that in the system of more than 200 chicken coops that cooperated with him, last year, it was not uncommon for households to earn 1 – 2 billion VND in profit. 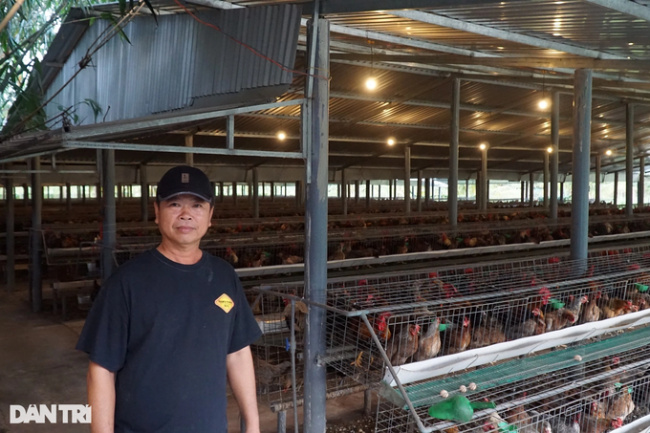 Mr. Binh stands in front of one of his chicken farms (Photo: Nguyen Cuong).

After many years of efforts, from two empty hands until now, Mr. Binh has a property many people dream of. Not only helping many people get rich together, Binh’s stables also directly create jobs for more than 20 local workers .

Mr. Dang Thanh Tai – Director of Go Cong Dong District Agricultural Service Center said that Mr. Binh’s chicken raising model is typical of the locality and is being learned by many households.

“In recent years, the number of households associated with Mr. Binh has increased rapidly. Thanks to the scientific breeding process, chicken meat has good quality, which is very popular in the market.