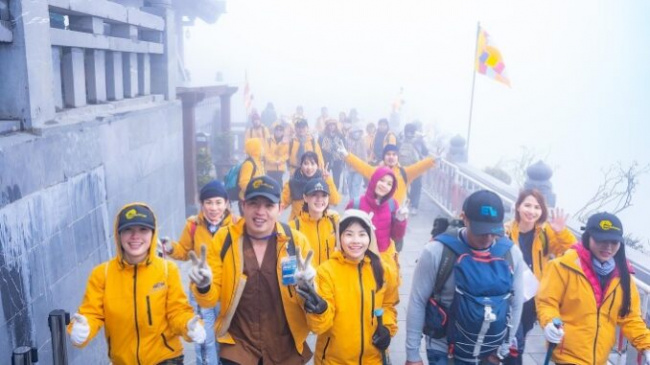 LAO CAI – 270 tourists from Hanoi and 55 supporters successfully conquered the Fansipan peak by road in just one day, the end of December 2022.

The preparation has been carried out since the beginning of December, including many stages such as applying for permission, arranging transportation to Sapa , dividing teams, guides, porters, medical care, emergency support, and logistics.

“This is the largest group to reach the top of Fansipan during the day. Usually similar groups will stay overnight at one of the two stations (2,200 m or 2,800 m) to recuperate and then continue the next day,” said Thien Son, director of the company. chúng mình, the unit supporting the group, said. 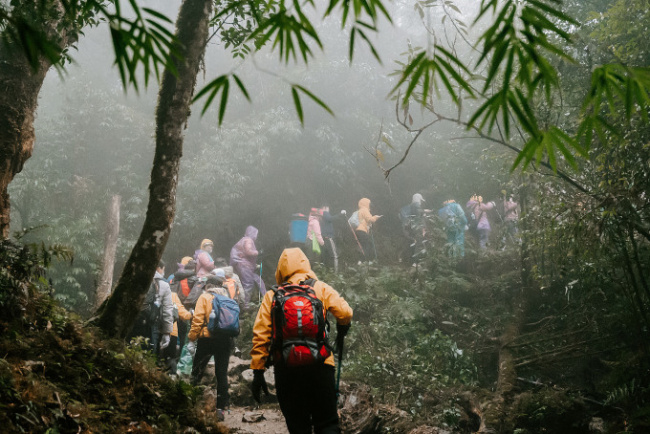 On the morning of December 22, 2022, the group moved to Sa Pa and heard about safety regulations, equipment to be prepared, and how to handle incidents. Phan Thanh Nhien , who has conquered Mount Everest, is the guide for the group. 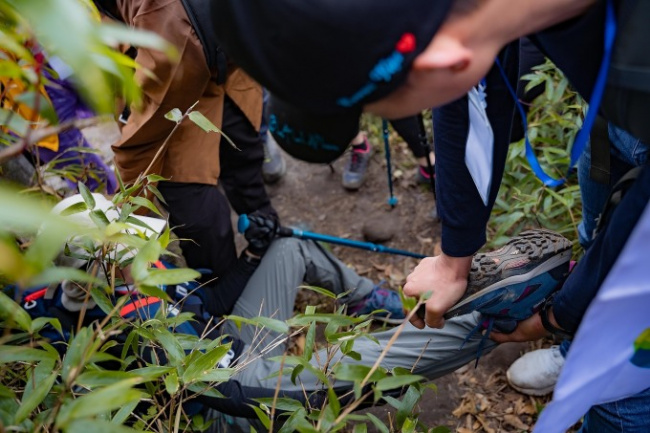 Cases of supporting the climbing group were promptly implemented.

Bui Viet Dat, 23, a medical worker, said that more than 40 people encountered health problems during the climb such as muscle tension, cramps, colds, headaches, and dizziness. This is a common situation when climbing mountains due to steep terrain, plus moving up high, the amount of oxygen in the air decreases, making breathing difficult.

“Besides professional measures, we and the guides also had to use many other methods such as turning on music, refueling, and verbal cheering to give spiritual support to the last members of the group. top”, Dat shared. The closer to the top, the more foggy and windy it gets. There was a time when it rained lightly, making the road slippery, many people had to crawl to the destination.

By 12:50, more than 20 people had successfully reached the top of Fansipan. According to Phan Thanh Nhien, it is very difficult to complete the 12km journey of the mountain road with the disadvantages of terrain in more than 6 hours, especially for non-climbing professionals.

At 16:50, Ms. Phan Thi Luong, 34 years old, was the last member of the team to reach the finish line. She caught a cold and coughed halfway through the climb. “At that time, I had to crawl with all my strength, using both hands and feet. When I got there, I burst into tears,” she said.

As the youngest member of the group, Nguyen Phong Sac, 17 years old, said that this is the first time to climb Fansipan. “I feel both proud and happy,” Sac said.

Only one person in the group had to give up due to symptoms of high blood pressure at the start of the journey.

Ms. Pham Thi Thuy, Hoang Lien Center for Education and Environmental Services affiliated to Hoang Lien National Park, which grants permission to climbers to the top of Fansipan, said that the group of 270 people was one of the largest groups to climb Fansipan, but Good health, high discipline should not happen any incident. In the past, there were many larger groups, but they all stayed at the station overnight. 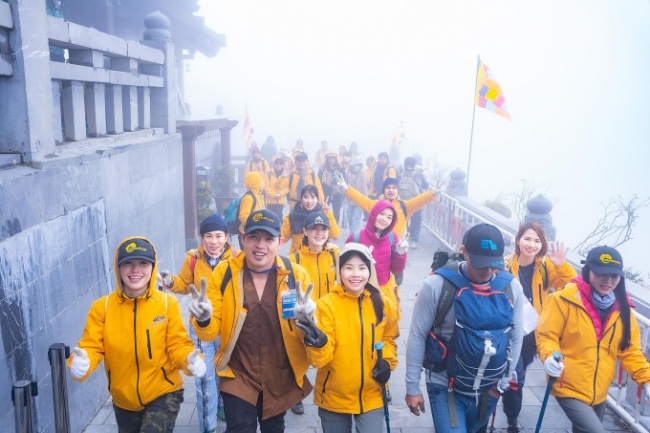 The first group of people to conquer Fansipan peak at noon on December 23, 2022.

Climber Phan Thanh Nhien said that leading 270 guests this time was a “mark”. “This is the group with the largest number of guests, with the best spirit, with the shortest time to reach the top of Fansipan that I directly guided,” Nhien said.