Pu Mat National Park is a nature reserve where you will find the real jungle, densely forested, with wildlife and flowing rivers. Due to its location, far from the beaten track, it is hardly visited by tourists. Yet this is one of the most impressive national parks in Vietnam.

Pu Mat National Park is far from the main highway connecting South Vietnam with North Vietnam, so the area is not visited by many travelers, or even known to them.
But the name Pu Mat is not strange to the scientific world because this is one of the first places where a rare animal species was discovered: Saola. It is also home to the largest herd of elephants in Vietnam and precious birds such as pheasant. In addition, there are 241 species of mammals, 137 species of birds, 25 species of reptiles and 15 species of amphibians. 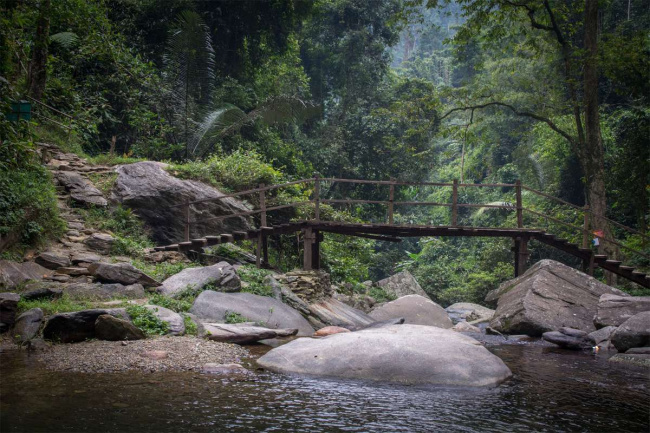 The National Park was established in 2001, because it has some of the highest biodiversity value in Vietnam. The area is spread over 70,000 hectares over 3 districts. It is a great place where you can visit waterfalls, make beautiful trekkings through the jungle, make a boat ride on the Giang river and learn more from the unique culture of Thai, Mong, and the Kho Mu minorities.

The main reason to visit Pu Mat National Park is of course because of the high biodiversity, with real jungle and wildlife. This primeval forest has a lot of different platns, including medicinal plants, vegetables and fruit trees. In addition, you mainly come here to spot some of the most unique wild animals in Vietnam. Unfortunately, the chances of seeing a wild elephant or Saola are nearly zero. Fortunately, there are also animals that are more often spotted here, such as various types of monkeys, birds and amphibians. 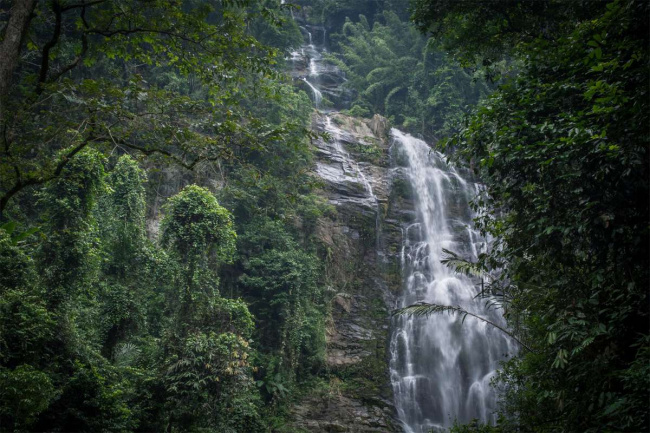 One of the main highlights of Pu Mat National Park is the Khe Kem Waterfall. Water flows from 150 meters high down in the middle of the jungle, creating a unique sight. At the base of the waterfall there are small pools of varying depths, where you can cool off in the water during the summer heat. Visitors can go along a small path to the top of the waterfall, where they can enjoy the picturesque mountainous landscape. 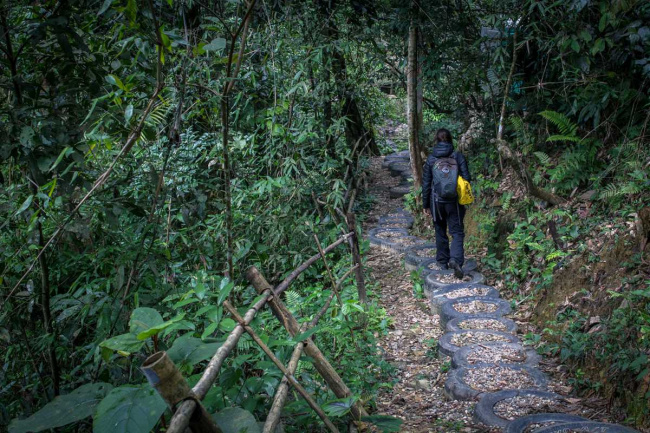 The best way to explore the national park is with a trekking tour. There are several options, but they all start from the National Park Headquarters.

The most popular hike goes to the Kem Waterfall. From here you can continue to Khe Bu Valley or you can climb Pu Loong Mountain, a high peak in Pu Mat National Park (the round trip takes 6-8 hours).

Other routes can be planned from the national park headquarters to local ethnic minority villages, mountain peaks and the Sang Le Forest, among others trekking routes. 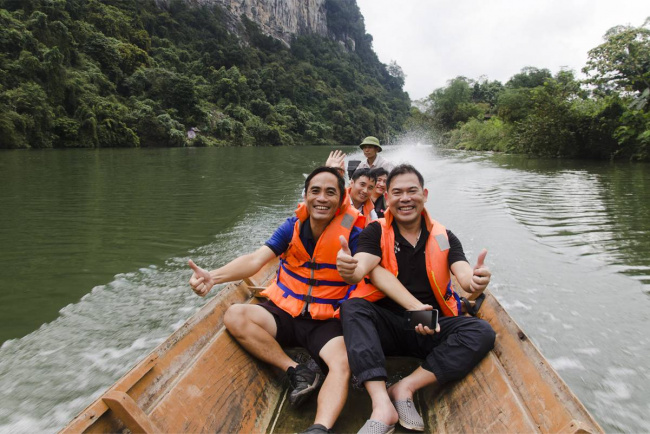 A more relaxed way to view the park is by boat over the Giang River that flows through the park. From the boat you go straight through the jungle and if you are lucky you can see monkeys swinging from the branches of the trees. But even without spotting wildlife, this is an impressive boat trip with jungle, high limestone mountains and native plants, such as cycads and orchids that grow along the bank.

Where there are limestone mountains, caves can also be found in many destinations in Vietnam, including here. They are not as impressive as the caves in Phong Nha, 300 km to the south, but when you walk through the national park they are well worth a visit. 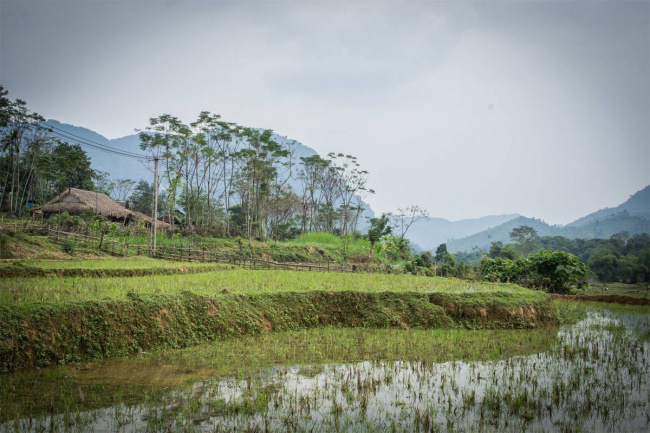 Not only the nature is impressive, but also the local culture of the ethnic minorities who live here. A visit to one of the local villages to see the culture and daily life of the inhabitants is therefore highly recommended. It is mainly the Thai population that lives here. This ethnic group lives in houses on stilts, where it is often kept under the house. 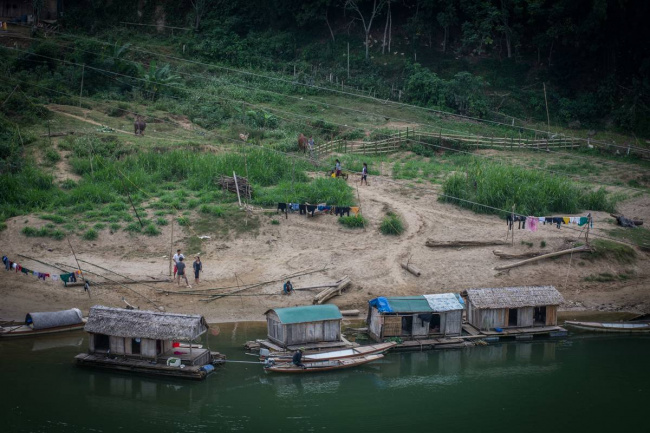 There are several cultural activities you can watch here such as the Xoe Thai dance, brocade weaving, knitting and more. Beautiful towels or bags are woven by Thai girls with their skillful hands with unique patterns and surprising sophistication. When visiting the craft village you can admire the talented hands with the loom and possibly buy the products of the craft village as a souvenir.

Located in the tropical monsoon region, Pu Mat National Park is heavily influenced by the Truong Son mountain range, which makes the climate here different from the rest of the region.

Pu Mat National Park is located in three districts of Anh Son, Con Cuong and Tuong Duong in Nghe An province. The largest city in the area is Vinh, about 130 km away. Hanoi is located 350 km from the national park. Because the national park is very remote, it is best to travel to Vinh first.

How to get to Vinh

From Vinh to the Pu Mat National Park

You have few choices to travel from Vinh to Pu Mat. You can rent a motorbike or scooter or go by car; rent a car with driver or taxi.

If you are driving from Vinh, it is highly recommended to stop at the impressive Thanh An tea hills.

Because the city of Vinh is still quite a distance from Pu Mat National Park, it is useful to find accommodation near the park so that you have enough time here. The town close to the park entrance is Con Cuong. In this city you will find a number of hotels and guesthouses. There are a few basic hotels, but staying in an ethnic minority homestay is highly recommended for a more authentic and cultural experience. Unfortunately, most of these homestays can not be found or booked online.