At the highest point of 2865 meters, the Ta Xua peak is the tenth highest peak in Vietnam. The three most important peaks form a line that looks like the back of a dinosaur. It is a real off the beaten track destination. Few or no foreign tourists come here. This is partly because it is so remote. The nearest place is the non-touristy Moc Chau, 85 kilometers away.

If you want to see the clouds in the morning it is best to spend the night in the Bac Yen region. Another choice is to go from Moc Chau, which is a beautiful city in Son La with tea plantations and flower hills. Moc Chau is located 85 kilometers from Ta Xua mountain. Read the Moc Chau travel guide to see how to get here. From Moc Chau you can arrange a tour, drive a car with a private driver or drive a motorbike to Ta Xua yourself. Keep in mind that it is an off the beaten track destination for foreign tourists, so go prepared.

Trekking in Ta Xua and the floating clouds

Trekking in Ta Xua is undoubtedly a challenge, but thanks to new roads it has become a lot easier. There are now new trails that run fairly close to one of the mountain peaks. Ta Xua is known for its phenomenon around the mountains: the formation of thick and shadowy Opacus clouds, making it look like you’re in heaven. 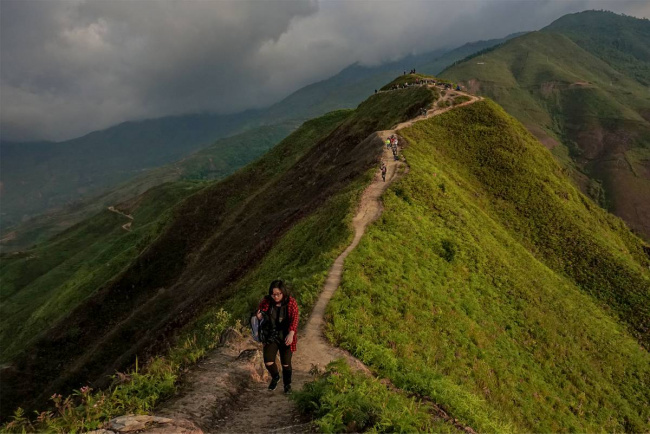 Getting up on a cold morning in Ta Xua is great when the sun comes up with a huge sea of ​​fluffy clouds right in front of your eyes. All around the mountains you will see a floating ocean of clouds. After about half an hour of climbing in the cold of the mountainous area, you arrive for what you came for.

If you plan to see Ta Xua in the morning with sunrise, make sure you are on the mountain in the evening. There are a number of homestays in the area where you can spend the night. 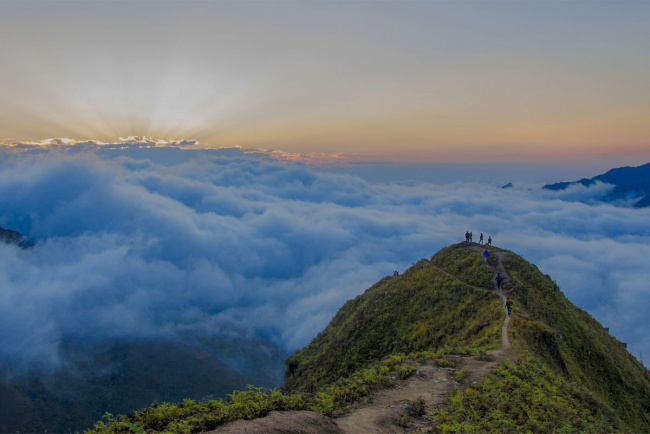 The peak in the morning with clouds 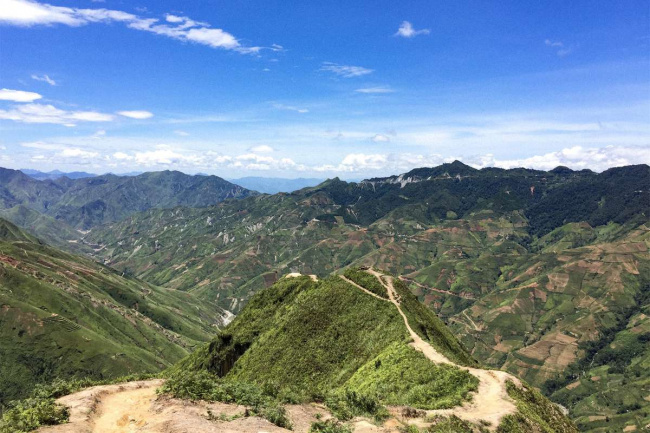 The peak on clear days

Most people staying near Ta Xua in the Bac Yen region spend a night here to prepare for their trek to the Ta Xua clouds for the following morning. One of the things you can do is take a hot bath prepared by the H’mong. H’mong is an ethnic minority that lives in the mountainous areas of northern Vietnam. There are H’mong families who have a hot bath, mixed with special herbs for visitors for a small fee.

You can also participate in some authentic H’mong festivals if one happens to be held when you are there. Furthermore, there are not so many activities and sights in Bac Yen, since it has not been influenced by tourism and the government either.

Places of interest nearby

Moc Chau is the closest city, famous for its beautiful flower fields and tea hills. You can spend here two days exploring hills, mountains, tea plantations, minority villages and waterfalls. The road from Moc Chau to Ta Xua is through the mountains, so it can take up to 3 hours driving.

If you go directly from Hanoi to Ta Xua you pass the Xuan Son National Park in the province of Phu Tho. In the park there is a beautiful cave, an old bridge over a river and many different types of flora and fauna. Xuan Son National Park is a great choice if you like unspoiled nature, the fresh and mysterious atmosphere of forests and mountains and together with the culture of ethnic minority groups.

The best time to visit Ta Xua is from December to March when the weather is good to see clouds hanging. The downy clouds look the best in these months and especially during the sunrise. 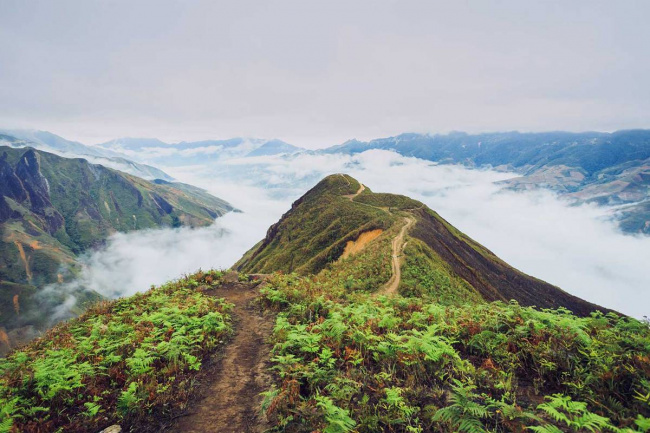 Từ khoá: Ta Xua: A guide to the land above the clouds