Hoi An is considered the “capital” of kumquats of Quang Nam and Central provinces. On the occasion of the Lunar New Year this year, more than 600 gardeners here are expected to supply about 60,000 pots of kumquats to the market. 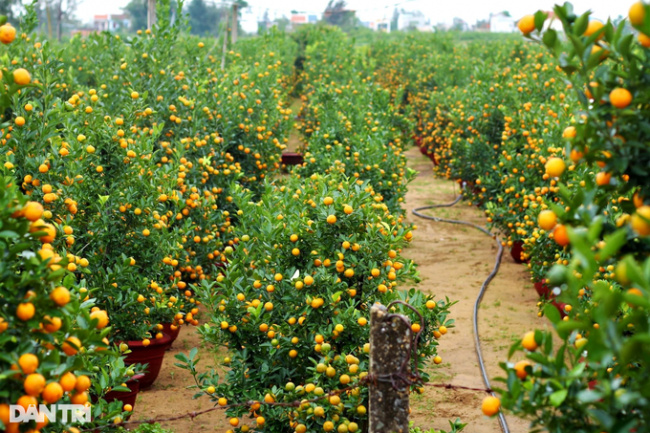 Thanh Ha ward and Cam Ha commune, Hoi An city, Quang Nam have more than 600 households planting about 60,000 pots of kumquats to serve Tet. This is considered the largest kumquat granary in the Central region. More than 90% of the scenery has been ordered by traders, the rest is used for retail.

The kumquat gardens are full of fruit, ripe yellow. The most expensive is the kumquat, which costs tens of millions of dong per tree, the lowest is the mini kumquat of nearly 100,000 dong/pot.($1=24,000 VND) 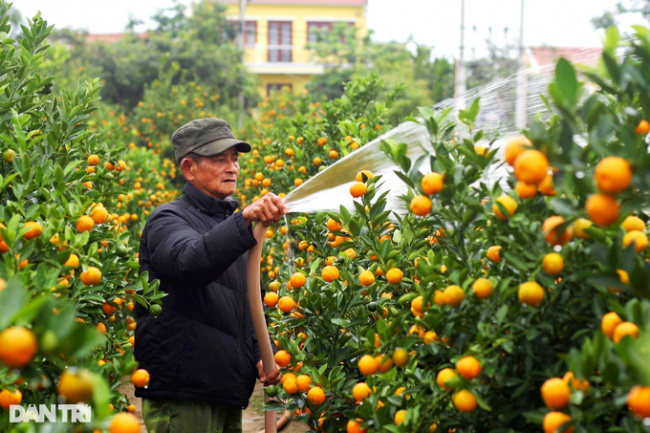 Mr. Nguyen Dung (Cam Ha commune) planted about 400 pots of kumquats of all kinds and sold 90% of the pots to traders in Da Nang city. The rest, Mr. Dung plans to retail. Kumquats are ripe, and need a lot of water, so he has to water them twice a day.

“The price of kumquats this year increased by 20-30% compared to last year, selling all kumquat gardens after deducting costs, I have a profit of about 200 million dong,” said Mr. Nguyen Dung. 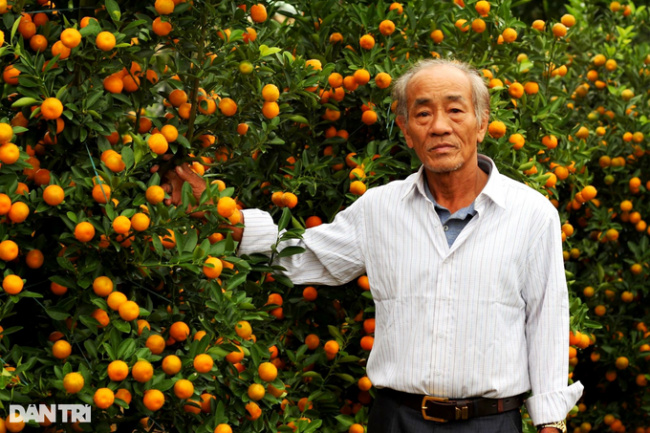 This year’s Tet crop, Mr. Ho Van Chung, Cam Ha commune planted about 250 pots of kumquats of all kinds, most of them are kumquats. “I have sold 20% of the pots, the rest is expected to be brought to Hue city for retail. For 40 years now I have sold in Hue, after December 16, I will send the car away, sell until the end of December 29, I will return the premises. go home to celebrate Tet”, said Mr. Chung.

Mr. Nguyen Van Thanh (Thanh Ha ward) paints pots of kumquats before handing them over to customers. This year, he planted 200 pots, bought by traders from Binh Dinh. “Many people are asking to buy but no sale. Compared to last year, the price of kumquats this year has increased by 20-30%,” Thanh said, explaining the high price due to increased fertilizer, seedlings, and labor hire.

Unlike kumquats in the North, kumquats are grown in the field until near Tet before they are put in pots to be sold.

The most beautiful kumquat pots in the home garden are chosen by the people to attend the 2023 Hoi An kumquat festival, promoting the local kumquat cultivation to visitors.

Bustling, bustling atmosphere throughout Hoi An kumquat village. People are happy for a bountiful and full Tet season. According to the Hoi An Farmers’ Association, tens of thousands of pots of local ornamental kumquats have been ordered by traders.

Từ khoá: The largest kumquat granary in the Central region rushes into the Tet season