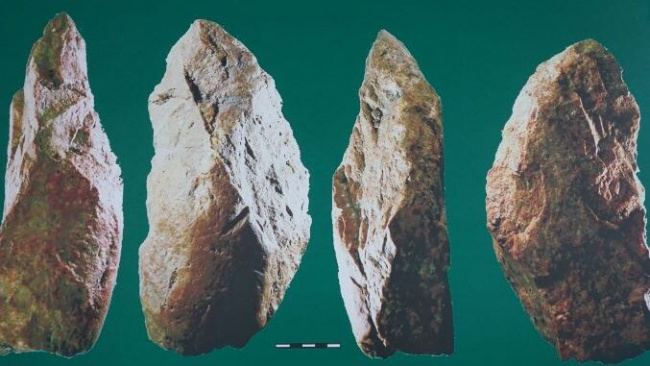 GIA LAI – 20 sites contain An Khe old stone site with thousands of artifacts dating back about 80,000 years, considered the cradle of mankind. 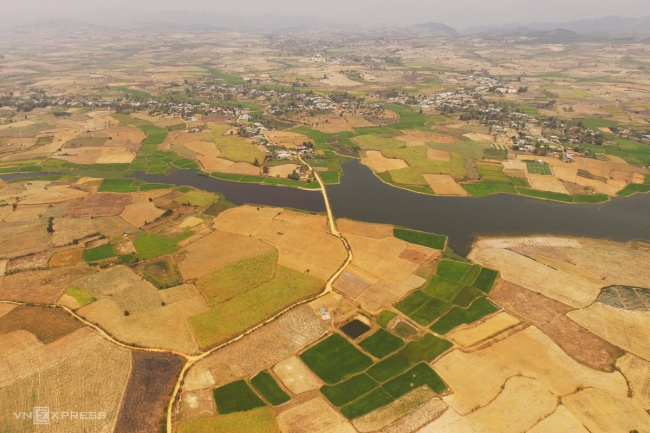 An Khe Paleolithic site (An Khe town) discovered in 2014, is a system of many relics distributed throughout An Khe valley within a radius of more than 3 km around the reservoir. 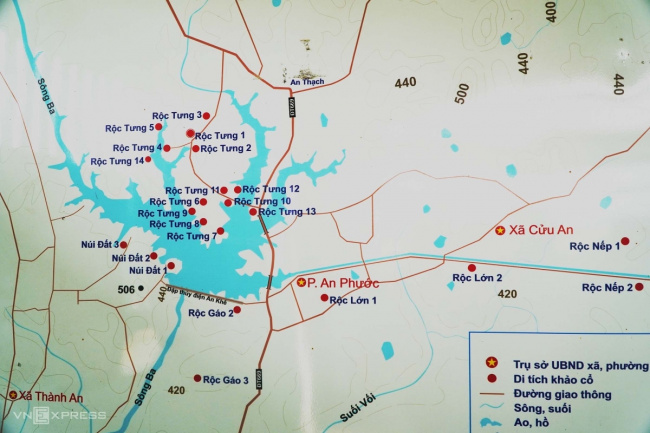 Map of sites belonging to the An Khe Paleolithic site.

In 2015, the Go Da relic (An Binh ward) was excavated for the first time by Vietnamese – Russian archaeologists with an area of ​​20 m2, at a position of about 40 m above the Ba river bed. During the excavation of Go Da, survey archaeologists discovered more than 20 old stone sites. 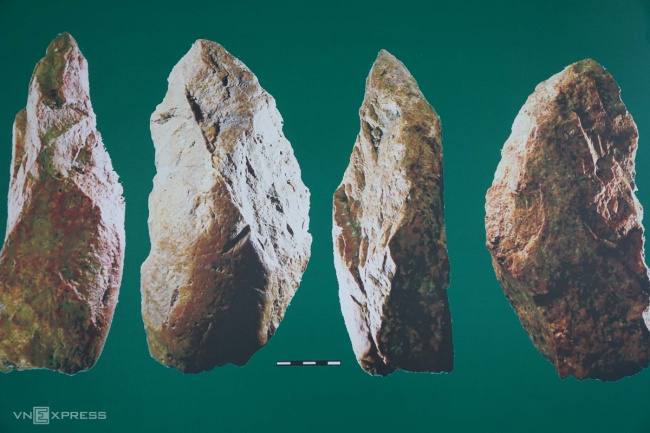 The hand ax was found at the Roc Tung 3 relic.

Most of the tools here are made of quartz; Typically, the cutting tool is made from large and coarse pebbles, the large spikes are made from quartz stone cores, and the scraper is made from small scraps. 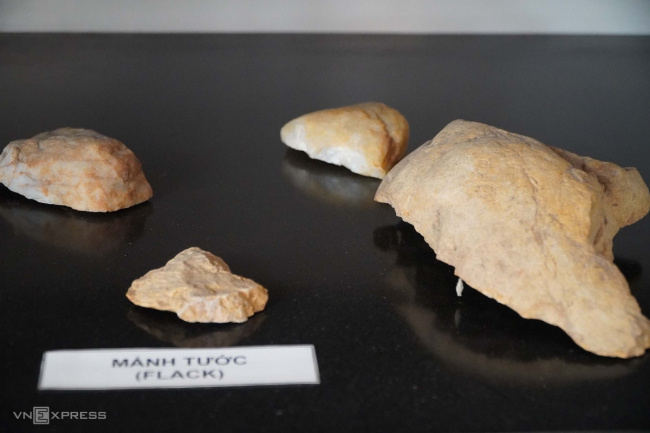 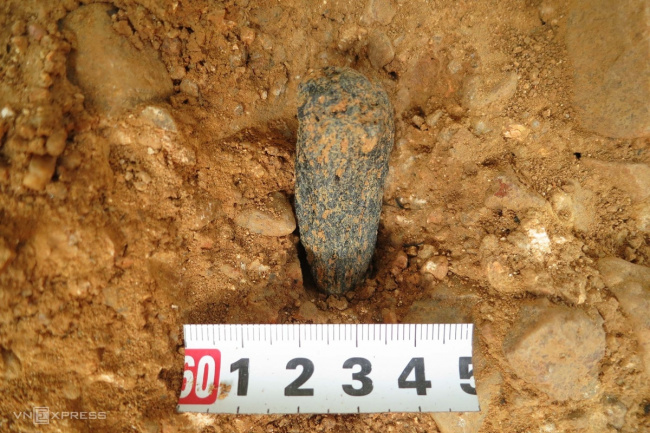 The meteorite was found in the hole 2, Roc Tung 1. During the excavation in the stratigraphy of the relic, scientists obtained hundreds of pieces of tektitle (meteorite) – a famous Paleolithic site in archeology. learn. 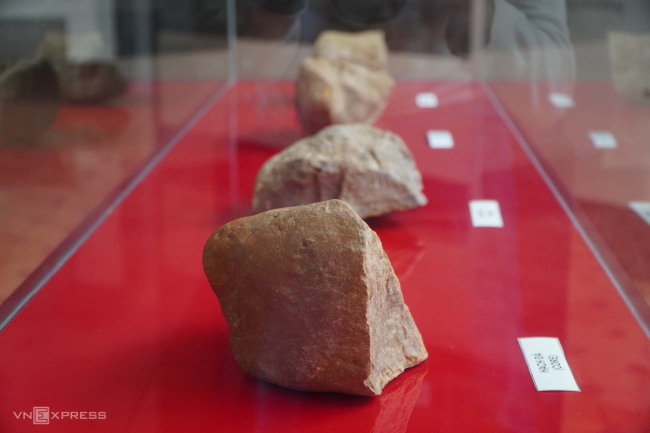 The stone core (the raw material used by primitive people to make working tools) was found at the Roc Tung relic, on display at the Tay Son Thuong Dao Museum (An Khe town).

Excavation results revealed the stone tool collections of primitive people dating back about 80,000 years, including double-sided hand ax tools of a very rare form in Southeast Asia and East Asia.

The Old Stone discoveries have put An Khe in one of the 10 sites with Old Stone relics of the upright human stage. This contributes to the study of the history of human formation and the first culture of mankind. 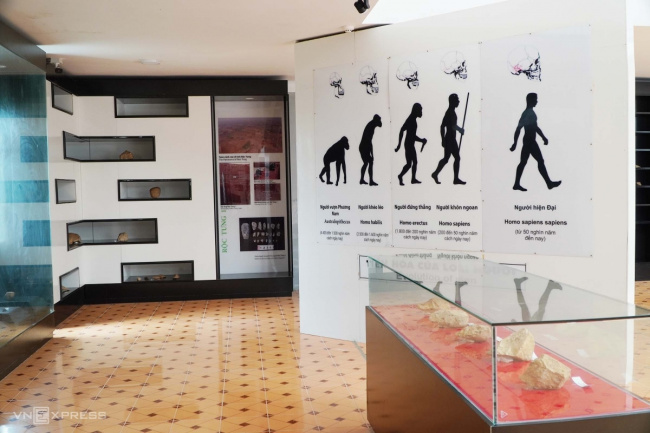 Thousands of “stone tools” of primitive people dating back about 80,000 years, including double-sided hand ax tools of a very rare form in Southeast Asia and East Asia are displayed at the Museum. Tay Son Thuong Dao (An Khe town).

Behind is a picture simulating 5 steps of human evolution. The remains of ancient people found at An Khe site are located in the stage of Homo erectus, the direct ancestor of modern humans (Homo sapiens).

The An Khe Paleolithic relic system has been put into the official history by the Compilation Council of the National History Ministry with the value of being the place where the earliest primitive people appeared in Vietnam. 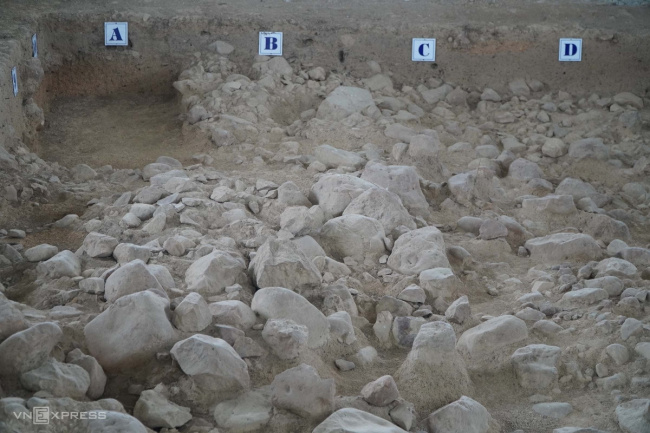 Roc Tung 4 relic is likened to a “workshop” for stonework, proving that this land used to be the residence of the upright community.

At the end of 2022, Roc Tung-Go Da has just been recognized as a special national monument by the Prime Minister. Recently, Gia Lai province proposed to excavate to expand 16 more sites and carry out research and conservation work on An Khe old stone relics to have a convincing answer about human ancestors. 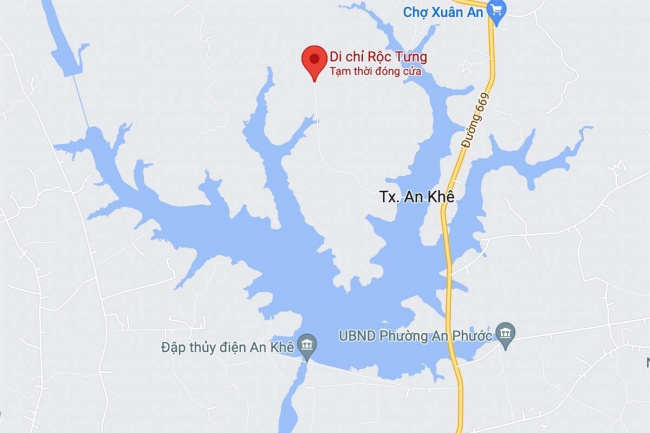