Vietnam is more than rice fields, historic cities and amazing food. Despite the fact that much of the nature has disappeared due to illegal logging and urbanisation, there are some beautiful protected areas, which are perfect for bird watching in Vietnam. Birding in Vietnam is also becoming more and more popular, so that nowadays special tours are also organized for the real enthusiasts.

Below you can see the list of some of the best bird watching spots in Vietnam. 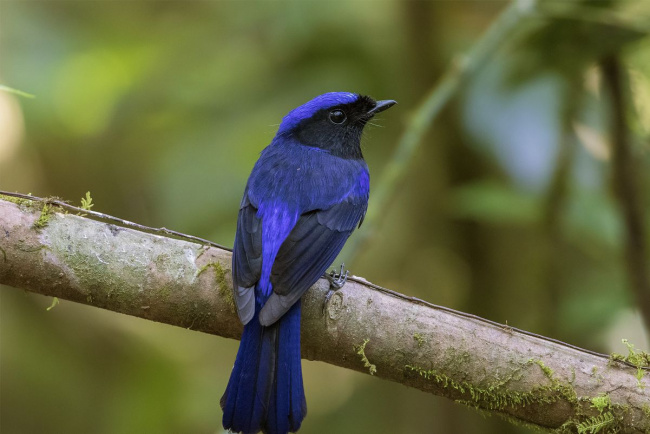 Bidoup National Park is one of the best bird watching spots in Vietnam, located near Dalat. The Dalat Plateau is one of five endemic bird areas (EBAs) in Vietnam that have been named by BirdLife International. The natural vegetation types found in this region are tropical mountainous evergreen forest and pine forest. There are many different birds to spot here, some of which are on the endangered species list. Some of these birds include Bar-backed Partridge, Silver Pheasant, Barbet, Black Eagle, Burmese Shrike, Blue Pitta, and Warbler. What’s great about the national park is that you can go on long trekking trips here and at the same time you can camp in the middle of nature. 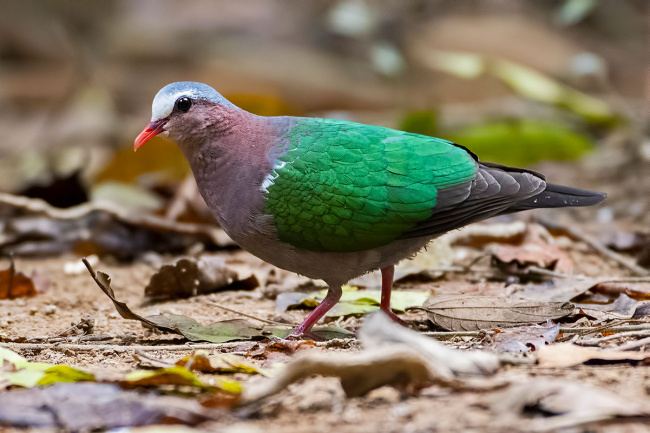 Yes that’s right, Dalat is one of the best places for birding in Vietnam. Not just Dalat itself, but the entire Central Highlands, which are home to multiple national parks and protected areas.

320 different bird species have been spotted in Cat Tien National park. What makes the national park ideal for bird watching is that it is easily accessible. There are several routes through the area that you can walk and cycle on. Besides dense forests it also has a wetland area which attracts many waterfowl and provides more biodiversity. There are also opportunities for bird tours here. 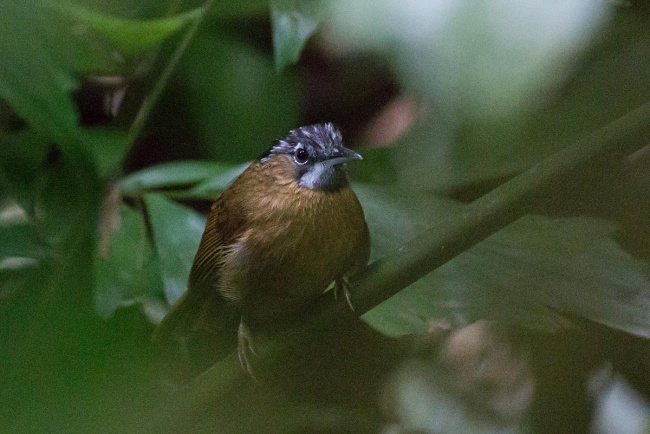 Cuc Phuong National Park is the first national park in Vietnam, established in 1962 by no other than President Ho Chi Minh. It is located in the province of Ninh Binh and only a 3-hour drive from Hanoi. The park has dense jungle and limestone forest with several forest roads where you can walk and cycle. It is also one of the best bird watching spots in Vietnam. Some of these birds include, Broadbill, Red-collared Woodpecker, Limestone Wren-babbler, Heron, Silver Pheasant and various Thrush birds. 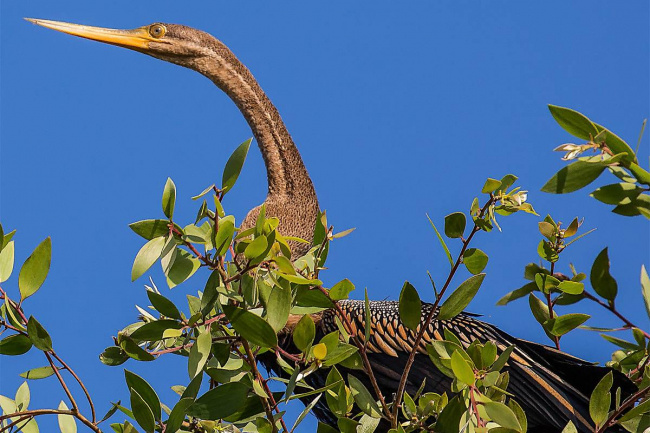 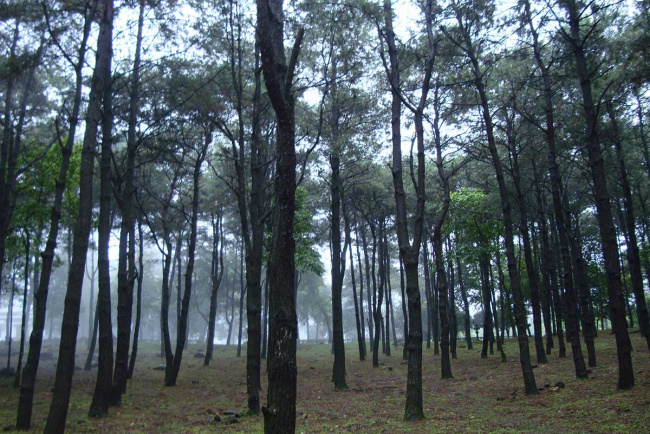 Ba Vi National Park is about 50 kilometers from Hanoi. Here you will find dense forests spread over several mountains, the highest peak of which is almost 1300 meters. The highlight for most bird watchers going to Vietnam is the Rufous-cheeked Laughingthrush. Other birds you can see here are the Gray Treepie, various types of Thrush birds and Red-billed Blue Magpie. You can visit it in a day trip from Hanoi, but if you plan to take long walks here, which is quite possible, it is recommended to stay in the national park or just outside it. 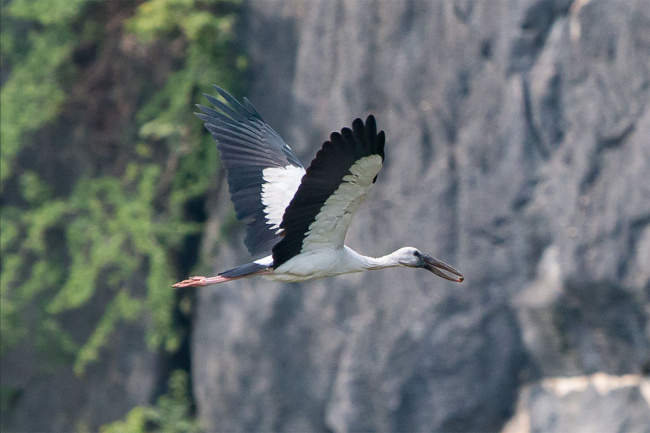 The Van Long nature reserve is a wetland area and a bird watchers paradise. Through the large grassy lagoon, you will find many water birds here such as the Waterhen, kingfishers, Swamphen, Crakes and 4 species of Heron Bittern and egret. During the breeding season you also have the chance to spot the Pheasant-tailed Jacana with long-tailed plumage. Some migratory birds also come here during the spring, such as Falcated Duck, Greylag Goose and the Bonellii’s Eagle. 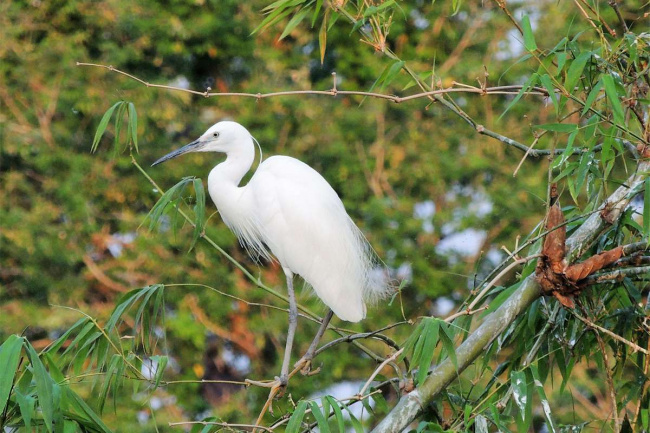 What makes this place unique is that this stork garden originated as a hobby of a local resident. He saw that there were a lot of storks in the yard, so every year more trees planted for them and every year more storks were added. Now you can find it during the breeding season as many as 300,000 storks of 20 different species. In this way, Bang Lang Stork Garden was born and one of the highlights for bird watchers in the Mekong Delta. 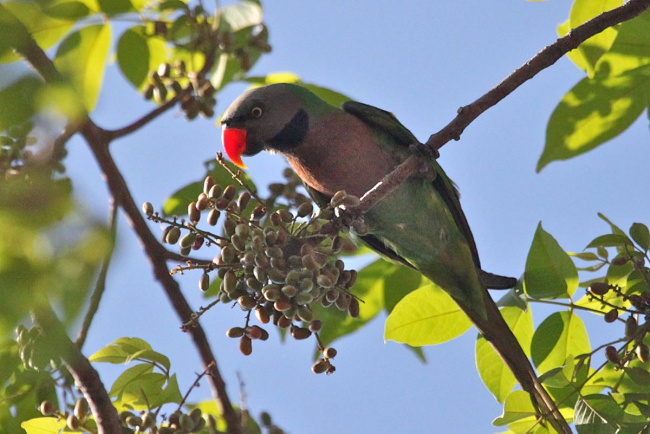 Yok Don National Park is best known for having some of Vietnam’s only elephants, wild boars and deer. But it’s also a great area to spot smaller animals. For example, the national park has 300 different bird species, many of which are on the protected list. If you are lucky you can see woodpeckers, kingfishers, Yellow-Footed Pigeon, Green Peacock and Eastern Pied Hornbill. 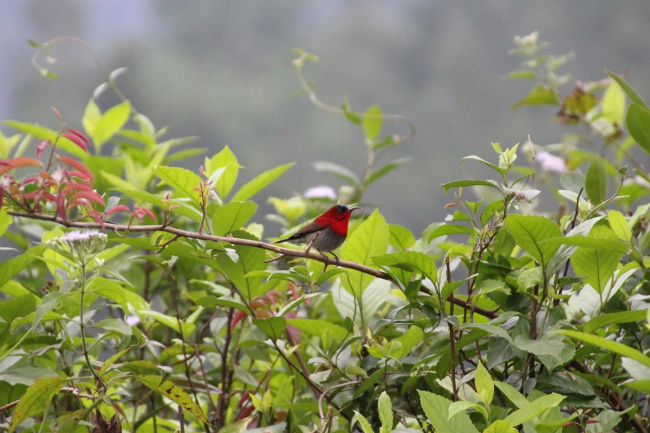 Phong Nha National Park is particularly known for having the largest and most impressive caves in the world. But also above ground it is a true paradise, with real stunning jungle and wildlife. There are 200 different bird species here, the highlight being the Red-collared Woodpecker, Chestnut-necklaced Partridge, Sooty Babbler, Short-tailed Scimitar Babbler, and Brown Hornbill. There are several routes through the park, but it is highly recommended to go with a local guide. 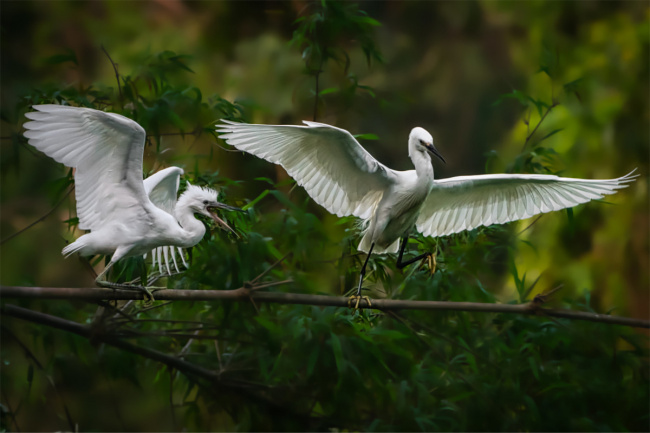 From the name of this protected area you might already suspect that this is a great place for bird watching in Vietnam. Thung Nham Bird Garden is home to 50,000 birds of 40 different species. The best way to watch birds in with a boat trip. Come here early in the morning to watch thousands of birds fly away for food or late afternoon when they come back to their nests.