Wondering where to head this June? Here’s a highly recommended travel destination! Vietnam has garnered a lot of attention worldwide. The region has become a prominent choice amongst the travel circuit. From immaculate beaches to mesmerizing pagodas, Vietnam is clustered with Invigorating ventures for visitors to embark upon! So, what are you waiting for? Grab your travel gear and head to Vietnam in June to experience the best of this prepossessing destination!

Weather In Vietnam In June

Being situated in the tropics, Vietnam witnesses a monsoon-influenced tropical climate. The Northern part lies under the subtropical region, whereas the center and the Southern Part of the country experiences a tropical climate. The average temperature ranges between 22° C to 27° C throughout the year.

The Southern Part experiences the same temperature year-round while winters in the Northern Part are relatively colder. The region experiences 4 distinct seasons, which are a lot more evident in the Northern provinces. The climate in the Southern parts is tropical monsoon with two seasons. In Hanoi and the North, Summers (June to August) are generally hot and humid. The Autumn season (September – November) is a lot more pleasant as compared to the Summertime. The temperature cools down.

The months of December and January are quite chilly and dry. If you are obsessed with beaches, then visiting Vietnam in June is a must! If you are someone who loves an adventure, then there are numerous water activities that one can indulge! The average temperature during the day in the month of June is 33° C which drops considerably at night. Since the month of June is off-season, you will not find much crowd during this time of the year!

Reasons To Visit Vietnam In June 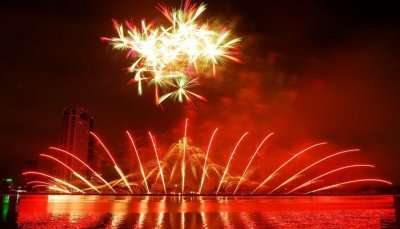 9 Best Places To Visit In Vietnam In June

Here are some of the most wonderful places to visit in Vietnam in June to make the most of this month: 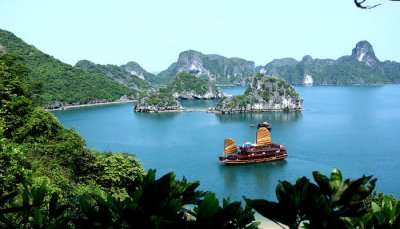 Marked as a World Heritage Site by UNESCO, Halong Bay is one of the most arresting travel destinations that one could have the privilege to visit! My Oh My! The view is so incredibly arresting, making it a prominent choice amongst the travel locale. The bay features thousands of limestone islands covered with lush green foliage. Travelers can walk through gigantic caves and can uncover various mineral deposits.

Cruising amid the Karsts while enjoying the panoramic landscape, sounds like a perfect escapade. Without a doubt, Halong Bay is truly a paradise! Accredited as a World Heritage Site by UNESCO, Ha Long Bay is an eminent destination choice for backpackers around the world. The site of thousands of Limestone islets resting upon the green ocean of Halong is a sight worth laying your eyes upon! Travelers are offered a myriad of water pursuits, which include swimming, kayaking, scuba diving, etc. 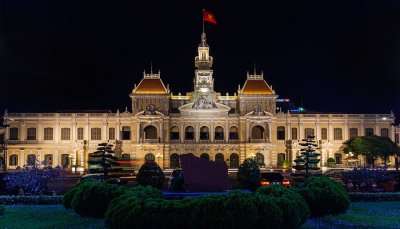 A trip to Vietnam is never complete without a short trip to the country’s biggest commercial market! At the heart of the city lies the Dhong Khoi district, which harbors the majority of the city’s sights. The district houses the HCMC Museum that boasts a large collection of ancient artifacts that foretell the city’s story.

Built-in the 19th Century, the Grand Notre Dame Cathedral is also situated within the district. Da Khao is one of the oldest surviving districts near the city and is brimming with colonial architectural masterpieces. Travelers can pay a visit to the iconic Jade Emperor Pagoda. If history intrigues you, then do visit the city’s history museum! 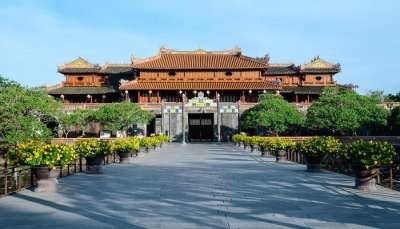 One of the oldest exciting towns in the country and the capital of Nguyen emperors, Hue is a marvel and a relic of Imperial Vietnam. The town sits on the scintillating Perfume River, which further adds to the picturesque beauty of the region. Make sure to bring a camera and capture the unique artistry displayed at every step as the townhouses regal tombs and aesthetic pagodas. 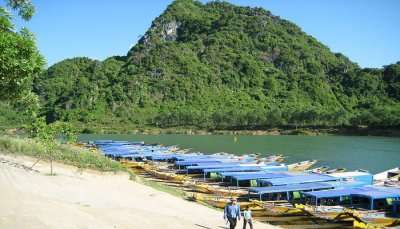 The dramatic Karst Mountain featuring gigantic caverns with the spellbinding exhibit of stalagmites and stalactites is what makes this destination truly spectacular! The most- visited site within the park is the Paradise Cave. Another popular site is the Phong Nha Caves, the interiors of which can only be accessed via boat. How exciting!